Born To Kwaito: Reflections on the Kwaito Generation – considering the meaning of kwaito music 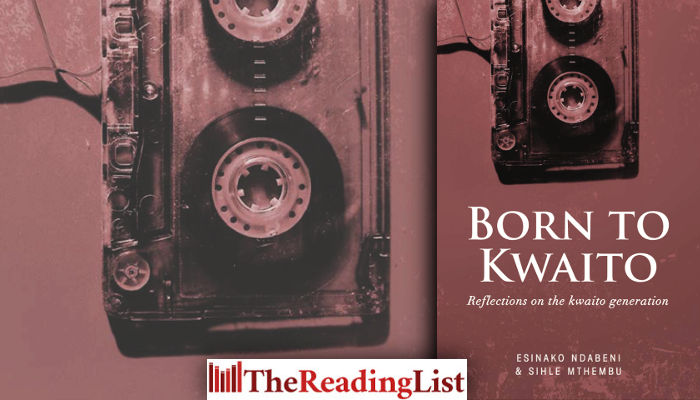 Born To Kwaito: Reflections on the Kwaito Generation by Esinako Ndabeni and Sihle Mthembu will be out in June from BlackBird Books.

Born To Kwaito considers the meaning of kwaito music now. ‘Now’ not only as in ‘after 1994’ or the Truth Commission but as a place in the psyche of black people in post-apartheid South Africa.

This collection of essays tackles the changing meaning of the genre after its decline and its ever-contested relevance. Through rigorous historical analysis as well as threads of narrative journalism Born To Kwaito interrogates issues of artistic autonomy, the politics of language in the music, and whether the music is part of a strand within the larger feminist movement in South Africa.

Candid and insightful interviews from the genre’s foremost innovators and torchbearers, such as Mandla Spikiri, Arthur Mafokate, Robbie Malinga and Lance Stehr, provide unique historical context to kwaito music’s greatest highs, most captivating hits and most devastating lows. Born To Kwaito offers up a history of the genre from below by having conversations not only with musicians but with fans, engineers, photographers and filmmakers who bore witness to a revolution.

Living in a place between criticism and biography Born To Kwaito merges academic theories and rigorous journalism to offer a new understanding into how the genre influenced other art forms such as fashion, TV and film. The book also reflects on how some of the music’s best hits have found new life through the mouths of local hip-hop’s current kingmakers and opened kwaito up to a new generation.

The book does not pretend to be an exhaustive history of the genre but rather a present-active analysis of that history as it settles and finds its meaning.

‘Born to Kwaito is not only an examination of the history of the music genre; it is also a revisit of the relationship we have with the music, its stars and their own relationship with their art and themselves.’ – Thabiso Mahlape, BlackBird Books publisher

Highlights from the book include:

Sihle Mthembu is an award-winning journalist and filmmaker born in Mooi River in the Natal Midlands. In 2009 Mthembu enrolled at the Durban University of Technology where he graduated with a B-tech in journalism. He has worked as an art critic, a business journalist and a churner of various types of online banter. His work has appeared in publications such as Rolling Stone SA, Vice magazine, Mail & Guardian, City Press and Sunday Independent. For his next trick he is directing a documentary called Calling Down Fire about the life, work and meaning of Busi Mhlongo.