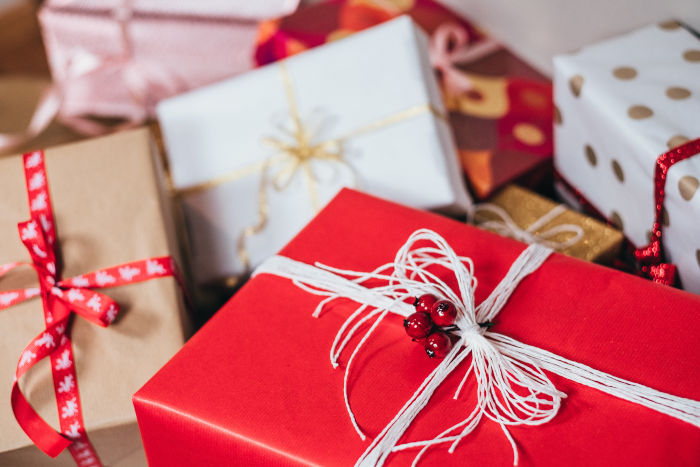 Christmas is around the corner. If you’re looking for the perfect gift for a friend or family member, Pan Macmillan SA have the books for you! 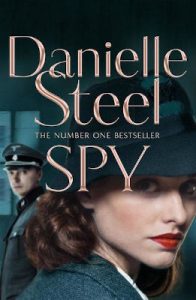 It is 1939 and although she doesn’t know it, it will be the last normal summer Alexandra Wickham will spend for more than thirty years. Alexandra is a young woman who sees her brothers fight and die for their country, and, inspired by their heroism, she is determined to do what she can for the war effort.

As a volunteer for the First Aid Corps, her courage, intelligence and talent for languages do not go unnoticed. Before long, she is approached by MI6 to go undercover and work as a spy. Undertaking some of the most dangerous missions of the war in France, she falls in love with a young soldier, who leaves the army behind for the relative security of the diplomatic corps. They marry, but her identity is a secret, even to her husband.

Over the next 30 years – as she raises a family – Alexandra continues to work undercover in some of the most dangerous trouble spots in the world under the perfect guise of a diplomat’s wife. From India to Hong Kong, Morocco to Moscow, she puts her life on the line serving her country, whilst never receiving recognition.

Spy by Danielle Steel is the page-turning story of a fearless young woman risking everything for what she believes in. 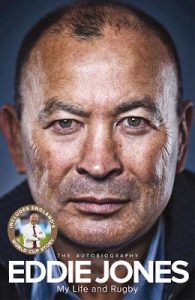 My Life and Rugby by Eddie Jones

Brilliant, honest, combative – Eddie Jones is a gigantic yet enigmatic figure in world rugby and a true legend of the game. In My Life and Rugby he tells his story for the first time, including the full inside story of England’s 2019 World Cup campaign.

Eddie Jones is one of the most experienced and decorated coaches in Rugby Union. His career has spanned four World Cups: from the 2003 final, working with South Africa when they won in 2007, and causing the greatest upset in the history of the game in 2015 when he masterminded the Japanese victory over South Africa. Most recently, he led England on their incredible run at the 2019 World Cup, culminating in a stunning victory against the All Blacks before falling to South Africa in the final.

Since taking over as head coach of England in 2015, Eddie Jones has orchestrated a complete revival of the national team. He has won the Six Nations Championship back-to-back, including England’s first Grand Slam in a generation and their first-ever whitewash of Australia in their own backyard, as well as taking them on their longest-ever winning streak, matching the world record held by the All Blacks.

Learning from the extreme highs and lows of his own playing career – including the numerous successes playing for Randwick and New South Wales but also the painful disappointment of never playing for Australia – he shows what it takes to be the best in the world and how everything he has learned about the game, both on and off the pitch, has gone into plotting England’s route to the top of world rugby.

Written with Donald McRae, twice winner of the William Hill Sports Book of the Year award and three-time Sports Feature Writer of the Year, My Life and Rugby is the story of one of the most compelling and singular figures in rugby. Told with unflinching honesty, this is the ultimate rugby book for all fans of the sport. 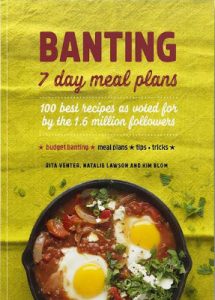 Banting has moved on since the Real Meal Revolution, and wow what a success story it is … By watching the detail an estimated millions of KG’s have been lost and health has returned to so many.

Rita Venter, (founder), Kim Blom and Natalie Lawson are the darlings of Banting 7 Day Meal Plans Facebook group, spreading love and kindness and in so doing turning lives around.

They are not scientists, doctors, or nutritionists but decided to take back their health and help others do the same. Through extensive research, personal testing and adapting where necessary, they regained their energy, their bodies and their lives.

The group has over 1,6-million followers, it grew by 100 000 members last month. It has 3 million interactions per month. It’s the largest nutrition group in the world on Facebook. 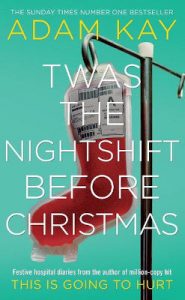 Twas The Nightshift Before Christmas by Adam Kay

A short gift book of festive hospital diaries from the author of million-copy bestseller This is Going to Hurt.

Christmas is coming, the goose is getting fat … but 1.4 million NHS staff are heading off to work. In this perfect present for anyone who has ever set foot in a hospital, Adam Kay delves back into his diaries for a hilarious, horrifying and sometimes heartbreaking peek behind the blue curtain at Christmastime.

Twas the Nightshift Before Christmas is a love letter to all those who spend their festive season on the front line, removing babies and baubles from the various places they get stuck, at the most wonderful time of the year.

‘The perfect surgical stocking-filler’ – The Times. 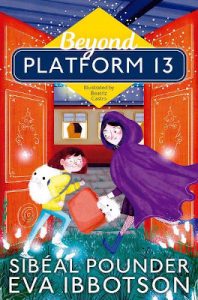 Beyond Platform 13 by Sibéal Pounder and Beatriz Castro

Discover why the secrets are escaping in this fun, magical adventure by Sibéal Pounder, beautifully illustrated by Beatriz Castro. Beyond Platform 13 is inspired by characters from Eva Ibbotson’s classic, The Secret of Platform 13.

The Island of Mist is under siege and Odge Gribble and Prince Ben are in hiding. Desperate to find out why the mist is disappearing, Odge travels through the gump to Vienna, to find a mistmaker expert.

But in yet another case of mistaken identity, Odge finds Lina, a nine-year-old girl looking for adventure. With the help of friends old and new, and some very interesting magic, Odge and Lina must discover the secret of the mist, before they lose their beloved island completely.

Sibéal Pounder is the author of Witch Wars and is Eva Ibbotson’s biggest fan. Her magical story celebrates 25 years of Eva’s original, with an updated illustrated edition of The Secret of Platform 13. also available. 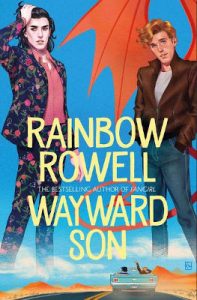 Wayward Son, the sequel to Carry On, is the stunning new YA novel by the bestselling author of Fangirl, Rainbow Rowell. With all of her signature wit and heart, this is Rainbow at her absolute best.

The story is supposed to be over.

Simon Snow did everything he was supposed to do. He beat the villain. He won the war. He even fell in love. Now comes the good part, right? Now comes the happily ever after …

So why can’t Simon Snow get off the couch?

What he needs, according to his best friend, is a change of scenery. He just needs to see himself in a new light …

That’s how Simon and Penny and Baz end up in a vintage convertible, tearing across the American West. They find trouble, of course. (Dragons, vampires, skunk-headed things with shotguns.) And they get lost. They get so lost, they start to wonder whether they ever knew where they were headed in the first place …

Come on, Simon Snow. Your hero’s journey might be over – but your life has just begun.