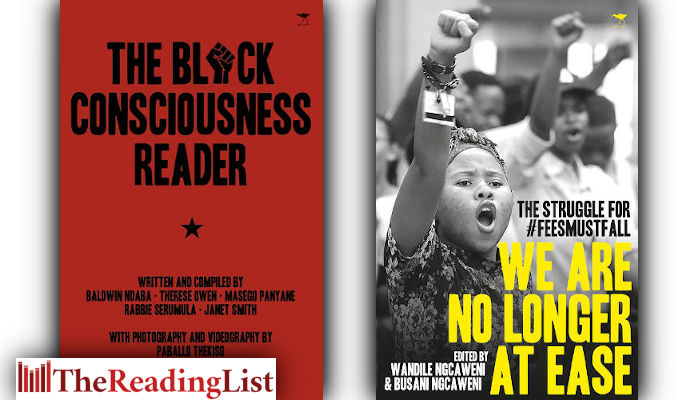 Find out more about two books from Jacana Media that focus on Black Consciousness and Fees Must Fall, and how they relate to the Black Lives Matter movement. 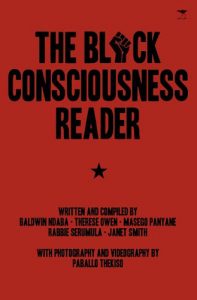 ‘Merely by describing yourself as black you have started on a road to emancipation, you have committed yourself to fight against all forces that seek to use your blackness as a stamp that marks you out as a subservient being.’ – Steve Biko (1946–77)

Black Consciousness is as important now as it was during the years of apartheid in South Africa and Jim Crow in the USA. It informs how political and student movements around the world – as well as academics and campaigners working in decolonisation – reconfigure the continued struggle for socioeconomic revolution. Yet the roots of Black Consciousness and its relation to other movements such as Black Lives Matter have only begun to be explored.

The Black Consciousness Reader is an essential collection of history, culture, philosophy and meaning of Black Consciousness by some of the thinkers, artists and activists who developed it in order to bring revolution to South Africa. A contribution to the world’s Black cultural archive, it examines how the proper acknowledgement of Blackness brings a greater love, a broader sweep of heroes and a wider understanding of intellectual and political influences.

The Black Consciousness Reader brings together images and stories in a compelling look at the origins of a movement that was key to the overthrow of apartheid in South Africa and has important resonance for the Black Lives Matter movement today. 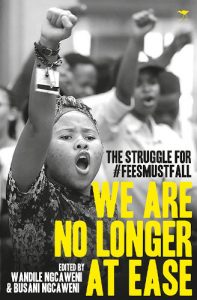 We Are No Longer at Ease: The Struggle for #FeesMustFall

‘With my head wrap sitting as stern as a crown, my fist in the air and a student card wrapped around my wrist, I sang as loud as my lungs would allow. But I didn’t sing, really. To say I sang sounds too pleasant. I wailed, I roared. I screamed into the air that I was punching, as if fighting with an invisible presence, one that I had known all my life but never really understood.’ – Tshepiso Modupe, #FeesMustFall activist

We Are No Longer at Ease is a collection of personal articles, essays, speeches and poetry from voices of young people who were part of the student-led protest movement known as #FeesMustFall, which began in 2015. It tells the journey of the youth who participated in a movement that redefined politics in post-apartheid South Africa and is evidence of a ‘born-free’ generation telling their own story and leading the discourse and action on transforming South Africa.

Young people are not at ease. They are refusing to coexist with coloniality, sexism, democratic indifference and inequality. We need to acknowledge and take heed to their calls. This collection includes works by former student leaders such as David Maimela and Asanda Luwaca; student newspaper journalists like Natasha Ndlebe and Nkateko Mabasa; public intellectuals whose aim was to inform broader society of the key aspects of the movement, like Sisonke Msimang; lecturers who assisted the students to articulate and find clarity in voicing their ideas such as Sabelo J Ndlovu-Gatsheni; and most importantly the protesters who led the students through the rubber bullets and pepper spray, like Mcebo Dlamini, Lovelyn Nwadeyi, Ntokozo Qwabe and Sarah Mokwebo.

Special offer: Get your copy of the Stuarts’ SA Mammals App for only R150

Read an excerpt from Kate Mosse’s new book, The Burning Chambers, inspired by her trip to Franschhoek