‘Bitcoin has the potential to change the world’ – Mpho Dagada chats about his book Mr Bitcoin: How I Became a Millionaire at 21
More about the book! 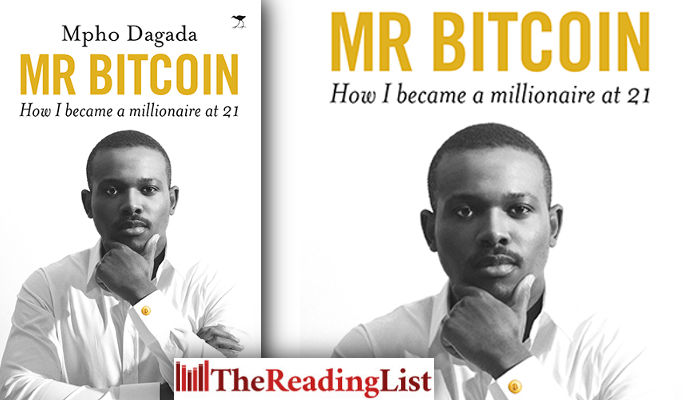 Mpho Dagada chatted to Polity SA about his new book, Mr Bitcoin: How I Became a Millionaire at 21.

Mr Bitcoin is both motivational and practical, examining the errors and pitfalls that Dagada had to go through in his business pursuits. Through these many lows were lessons of great value, which ultimately led to the endless possibilities that Bitcoin presents for those interested in creating wealth through trading cryptocurrencies and running a successful business.

Dagada is confident in the viability of Bitcoin and ascertains that: ‘We will never understand the money of the future without learning how money came about in the first place. Blockchain and Bitcoin are now pioneering a new online financial world. Cryptocurrencies will replace fiat money in the end, as they are faster, better and more convenient than all the earlier forms of currency.’

The value of Bitcoin has risen and dropped significantly in past months, but Dagada says he is not concerned about that aspect of cryptocurrency.

‘I’m looking beyond that,’ Dagada says. ‘I think it’s interesting not to look at Bitcoin as something that came and made us very wealthy, but to look at it as a new, global technology that is taking the world forward.

‘That’s my direction and my interest. The world needs to look up and notice that something new, something fresh, something great that has the potential to change the world has risen among us. And that being Bitcoin.’