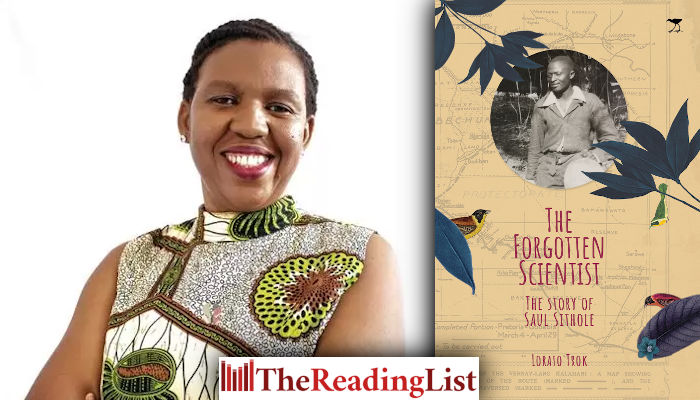 Lorato Trok’s book The Forgotten Scientist: The Story of Saul Sithole tells the story of a pioneering black scientist whose great contribution to the fields of anthropology and ornithology in South Africa has been ignored and largely forgotten.

Trok’s book has gone some way in rectifying this by telling Sithole’s story of dedication to his craft and the advancement of our knowledge of birds and fossils through his 62-year career at the Ditsong (previously Transvaal) Natural History Museum.

BirdLife South Africa, with whom the book was launched, has, in honour of Saul Sithole, named their library, probably the most comprehensive collection of ornithological texts in South Africa, the Saul Sithole Memorial Library.

Saul’s grandson, Themba Zitha, attended the announcement at the organisation’s AGM in May 2021 and Trok read a citation that will hang in the library, encapsulating why the work of Saul and others like him is worthy of memorial.

Read the citation in full below.

The Forgotten Scientist: The Story of Saul Sithole is available from Jacana Media in English, Afrikaans, isiXhosa, isiZulu, Sesotho and Sepedi.

Saul Sithole dedicated 62 years of his life to the study of birds and fossils through the Transvaal (now Ditsong) Natural History Museum. As a prolific collector and preparator, Sithole made an indelible mark on the history of ornithology in South Africa. His very intricate work was supported by an expert understanding of the anatomy of birds as well as their behaviour, both of which Sithole observed with interest while assisting the preeminent scientists of the time during field expeditions. Though the contributions of Austin Roberts and others are lauded, men like Saul Sithole who contributed so much to our understanding of birds are largely forgotten because of the exclusionary nature of South Africa’s past. It is, therefore, befitting that we dedicate the library at BirdLife South Africa in remembrance and recognition of Saul Sithole, his legacy, and the contributions of those like him to birds in South Africa.