Beautiful World, Where Are You – the new novel from Sally Rooney – to be published in September 2021! 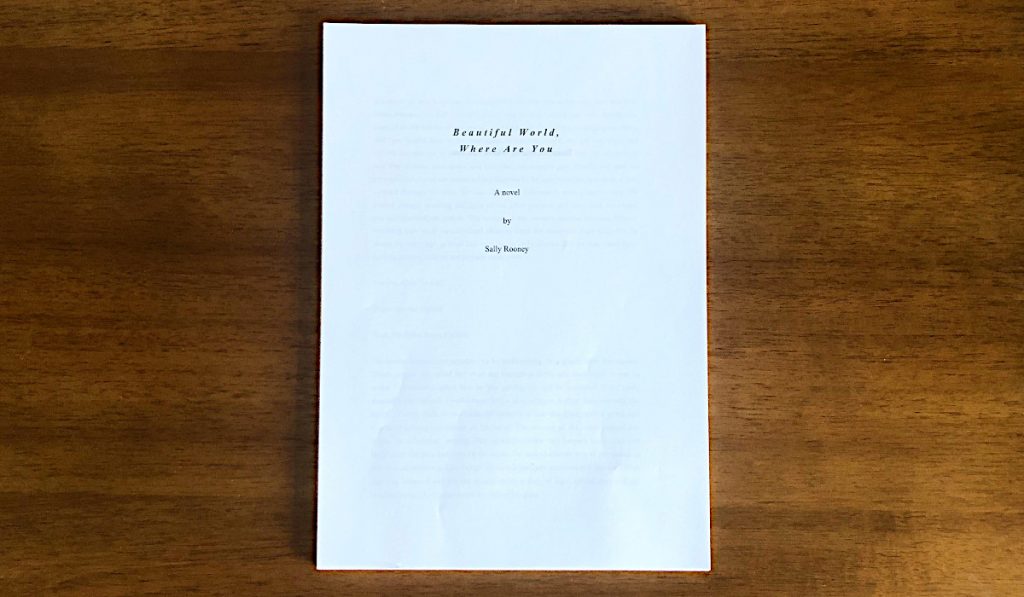 Beautiful World, Where Are You, the third novel from Sally Rooney, the author of the internationally bestselling Normal People and Conversations with Friends, will be published by Faber on 7 September 2021.

Beautiful World, Where Are You tells the story of Alice and Eileen, two best friends nearing their thirties in different places and on very different trajectories. As the summer approaches, they exchange emails about art, friendship, the world around them and the complicated love affairs unfolding in their own lives. They say they want to see each other again soon. But what will happen when they do?

Alex Bowler, publisher at Faber, acquired United Kingdom and Commonwealth and audio rights in a two-book deal from Tracy Bohan at the Wylie Agency. Knopf will publish in Canada and Farrar, Straus and Giroux in the United States.

‘Sally’s new novel is a book of friendship and sex, art and faith, power and love. It absorbs you once again in the inner lives of characters with brilliant minds and aching hearts, while marking the next creative leap from a singular writer. The book scintillates with intelligence, empathy and, yes, beauty.’

Sally Rooney is the author of the novels Conversations with Friends and Normal People. She was the winner of the Sunday Times/Peters Fraser + Dunlop Young Writer of the Year Award in 2017. In 2018, Conversations with Friends was shortlisted for both the Dylan Thomas Prize and the Rathbones Folio Prize and Normal People was the Waterstones Book of the Year, won the Costa Novel Award and was longlisted for the Booker Prize. Rooney won the Encore Award for Normal People in 2019. She was the editor of the Stinging Fly in 2018 and a Cullman Center Fellow at the New York Public Library from 2019–20. She was nominated for an Emmy for her work on the television adaptation of Normal People, which was broadcast on the BBC in 2020.