Award-winning journalist and bestselling Killing Kebble author Mandy Wiener has a new book coming in May!
More about the book! 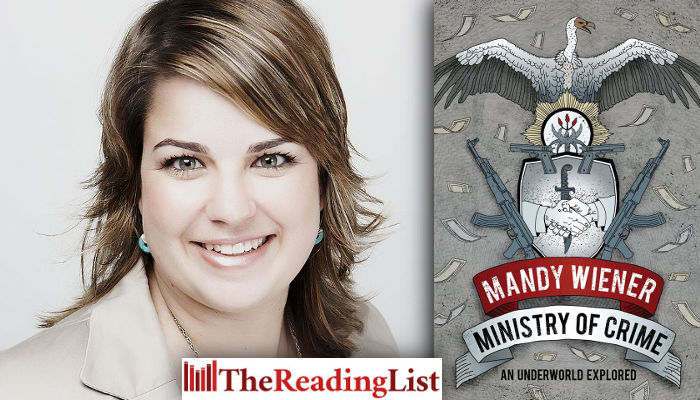 Mandy Wiener’s new book Ministry of Crime: An Underworld Explored will be published by Pan Macmillan in May.

The book explores the underworld of organised crime, gangsters, powerful figures and how they’ve captured law enforcement authorities and agencies.

When the book was announced, Wiener said she considers Ministry of Crime a follow-up to her bestselling Killing Kebble.

‘Ministry of Crime intends to examine how organised crime, gangsters and powerful political figures have been able to capture the law enforcement authorities and agencies,’ she said. ‘These organisations have been effectively eviscerated, hollowed out and left ineffective. They have been infiltrated and compromised and, as a result, prominent underworld figures have been able to flourish in South Africa, setting up elaborate networks of crime with the assistance of many cops. The criminal justice system has been left exposed and it is crucial that the South African public knows about the capture that has occurred on different levels.

‘In many ways, this book is a follow up to Killing Kebble and what has been going on in the South African underworld and the criminal justice system over the past decade since Brett Kebble was killed and Jackie Selebi was convicted. If Killing Kebble was illuminating, then the shenanigans of the past few years will alarm you.

‘The proximity of organised crime, politics and the police is frightening. I have spent years working at the coal face of crime and policing in the country and feel that the story has to be told in a book to explain the granular detail and complexity of the situation.’

‘There is no author and journalist better placed to explore the underworld of organised crime in South Africa further, and we look forward to bringing readers Ministry of Crime in 2018.’

Pan Macmillan SA revealed the cover for Ministry of Crime on Facebook:

Award-winning journalist and bestselling #KillingKebble author, Mandy Wiener, has a new book coming in May!…