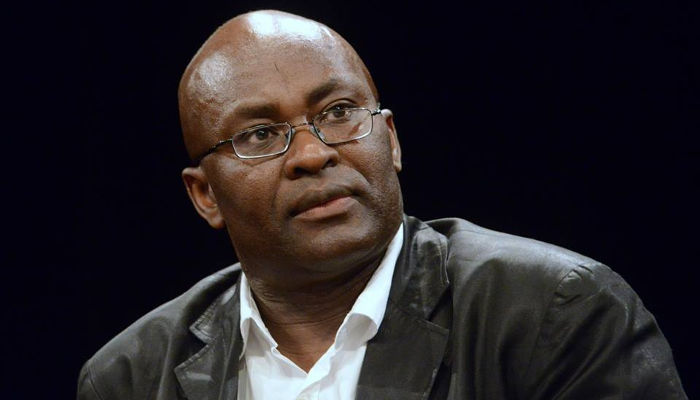 Author and academic Achille Mbembe will receive the 2018 Ernst Bloch Prize this year.

The Ernst Bloch Prize is a science and literature prize awarded every three years for outstanding academic or literary work with a philosophical background.

Wits Press, which publishes Mbembe in South Africa, made the announcement on their Facebook page:

Congratulations to Wits Press author and political scientist Achille Mbembe, who will receive the Ernst Bloch Prize 2018 this year. The award is given for outstanding scientific or literary work with a philosophical attitude that is significant for culture in critical engagement with the present.

The jury’s statement reads: ‘With Achille Mbembe, the city of Ludwigshafen on the Rhine honors one of the most important thinkers of the African continent, who, with his view of social disruptions and the dangers of democracy across borders, proposes a humane world in the spirit of gravity that Ernest Bloch represents.’

Professor Dr Achille Mbembe (born 1957) is a Cameroonian historian and political philosopher. He is regarded as a pioneer of post-colonialism as well as a critic of racist thought structures. From an early age, Mbembe’s awareness of social and political grievances developed; for example, in the 1980s he became involved in literacy campaigns for the African rural population. From 1982 Mbembe studied history at the University of Paris 1 Panthéon-Sorbonne and graduated in 1989 with a PhD in history. Mbembe has worked at many prestigious universities, including Columbia University, the University of California at Berkeley, Yale University and Duke University. Currently, Achille Mbembe teaches at Wits University.

Mbembe was awarded the 36th Geschwister-Scholl Prize in 2015 for Critique de la raison nègre (Critique of Black Reason). He discusses and criticises that the expansion of global capitalism is based on the structures of the transatlantic slave trade. Despite the Enlightenment, racist and subaltern thinking continue to spread, even now. In his recent book Politics of Enmity (to be published in 2019 with Wits University Press), he examines the concept of enmity, places it in the context of conflicts over decolonisation in the 20th century, and highlights the dangers that liberal democracies pose.