A story of shocking setbacks and overcoming adversity through sheer willpower – Dream of a Lifetime: Crossing Antarctica by Mike Horn
More about the book! 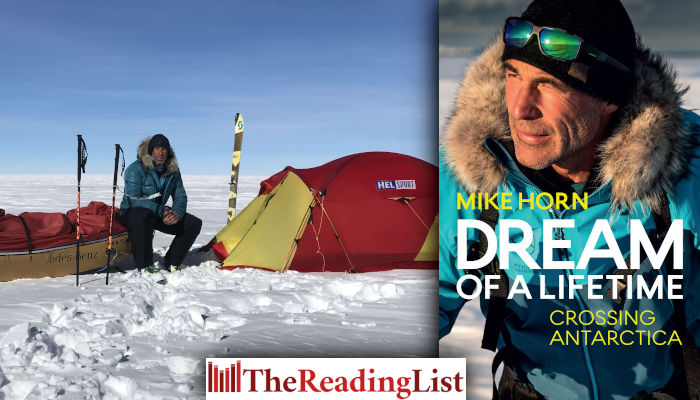 Dream of a Lifetime: Crossing Antarctica by Mike Horn is out now from Jonathan Ball Publishers.

ʻWhite, and more white, in every imaginable shade. Each and every second in this whiteness became an ordeal: being this close to the magnetic South Pole made the needle of my compass spin like the hands of a crazy watch. I didn’t know where I was heading. I was a blind man in the middle of Antarctica … ʼ

South African-born explorer Mike Horn achieved his childhood dream of crossing Antarctica in February 2017. Journeying alone across this immense, white desert on foot and by kite-ski, he followed an unexplored path: 5 100 kilometres over crevasses, ice fields and some of the highest summits of the South Pole.

Dream of a Lifetime: Crossing Antarctica tells the story of the authorʼs deeply personal quest, which followed the loss of his wife. It is the narrative of an individual testing his limits and overcoming adversity through willpower, with the support of family and friends.

Mike Horn is a world-renowned explorer, television personality and coach. He was born in South Africa in 1966 and, after serving in the Special Forces, he relocated to Switzerland. He has worked as a high-performance and mental coach for a number of national sports teams, including the Proteas.