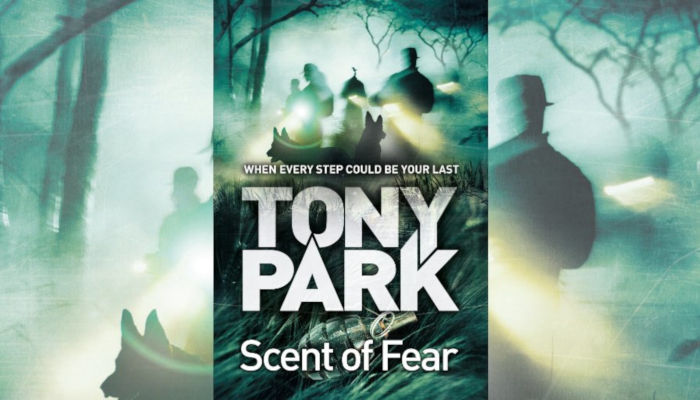 Park is the author of Captive and The Cull.

Scent of Fear is an action-packed thriller that will engross fans of Clive Cussler, Scott Mariani and Andy McDermott.

On a routine anti-poaching patrol, Sean and his tracker dog Benny watch in horror as over-eager rookie Tumi Mabasa is almost killed and her dog gravely injured in the explosion.

Along with Tumi and best mate Craig Hoddy, Sean is determined to hunt down the elusive bombmaker who has introduced this destructive weapon to the war on poaching.

But Sean is his own worst enemy. Haunted by nightmares of the war and wracked with guilt from driving away his ex-wife, Christine, he soon discovers she and Craig are in the midst of an intense affair. And there’s another enemy at play …

As bombs target Sean’s team, can he get himself back on track and win the fight for Africa’s wildlife – and Christine – before it’s too late?

No modern author writes with as much knowledge, conviction and love of the Southern Africa of today as Aussie veteran army officer Tony Park.
– Crime Review

Plenty of blood, loads of thrills and sneakery make for a satisfying holiday read – even if you’re not on holiday.
– Sunday Sport on Red Earth