A roadtrip through an imagined post-pandemic America – watch a video of Lauren Beukes talking about the research for her new novel Afterland
More about the book! 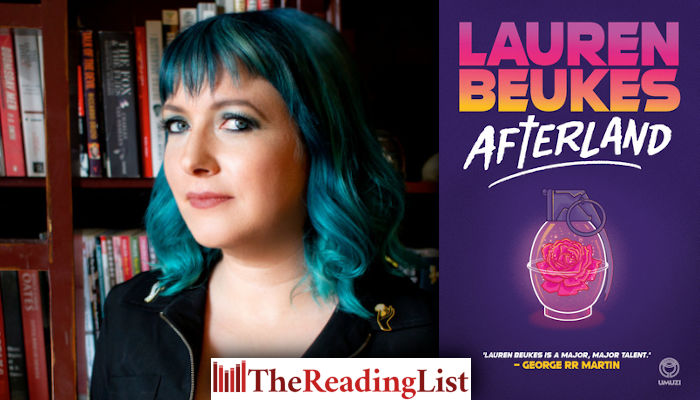 Afterland is set in a future where most of the male population of the world has died. Cole and her 12-year-old son Miles are on the run from all kinds of people, including the United States government, a dangerous religious cult, and the most dangerous person she knows … her sister.

Afterland is now available as an ebook:

Beukes will be joined by Mohale Mashigo and a few special guests.

Watch Beukes chatting about the research she undertook for the novel:

‘Recorded in my lounge pre-lockdown, I talk about some of my research that went into world building a post-pandemic America where 99% of the male population have died, tracing my hero’s journey from Napa Valley to Miami and some of the amazing people I met along the way. I also talk about spending time with Cape Town’s Metro Police Unit and what happened when I asked them what would happen to gangsterism and crime.’

‘I hope readers will have a laugh, shed a small tear and leave the book a little happier than when they started it’

Shedding light on a blood-soaked chapter in South Africa’s history – Read an excerpt from Philippa Garson’s memoir Undeniable: Memoir of a Covert War

Don’t miss the virtual book launch of The Beekeeper of Aleppo by Christy Lefteri, in conversation with Efemia Chela