A Million Miles Away
More about the book! 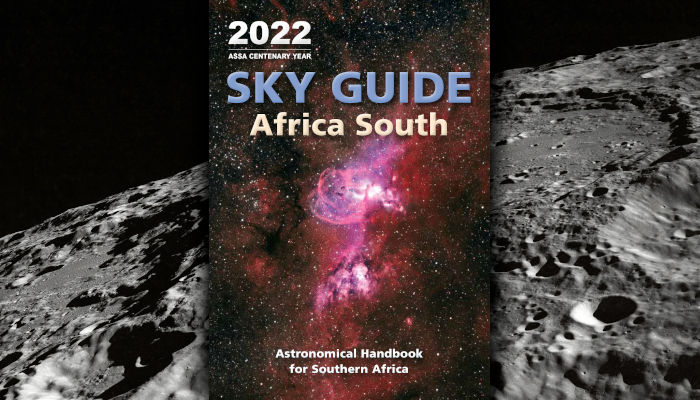 The Universe is the one thing that unifies us here on earth, writes astronomer Auke Slotegraaf.

‘The sun shines by creating light because it is an atom bomb.’

The most beautiful part of it, I like to think, is the heaven’s above. The Sun, the Moon, the wandering planets, the twirling stars, and the short-lived sparks from a meteor, are literally (and figuratively) delightful.

The Universe has been around a long time. According to astronomers, the longest time. The best we know, based on exquisite and painstaking observations by many observers and many telescopes over decades of careful study, some 14 billion years ago – or 14,000,000,000 years – the Universe happened.

Then, about 4,500,000,000 years ago, our solar system formed. It was built out of debris and space junk scattered about in a small section of our Milky Way galaxy. The heavyweight in our solar system is the Sun, a hot, bright star, that calls all the shots. It shines by creating light because it is an atom bomb. In just a single second, the Sun makes as much energy as 7 billion Koebergs.

Fortunately for us, this ongoing nuclear furnace is far, far away from our little planet. Roughly speaking, there is 150 million kilometres between you and our nearest star. This is a good thing. If we were much closer, the Earth’s atmosphere would vaporise, the oceans would boil away, and the continents would turn into heaps of lava. On the other hand, if we were a lot further away, the seas would freeze and the planet would be a cold, dead ball of ice and dirt. Instead, we are in a ‘Goldilocks zone’ – not as hot as on planet Mercury, not as cold as on Mars: it’s just right.

From our comfortable vantage point, we can look up at the sky and enjoy the spectacles in the heavens, and not only at night. During the day, you can see the Moon, if you know when to look. It could be a crescent Moon, or a fat gibbous Moon, depending on where in its orbit around the Earth our natural satellite is.

Also in the night sky are those distant firefly sparkles, twinkling mysteriously: the stars. Of course, the stars are there all the time, it’s just that during the ‘day’ the Sun is too bright for us to see them. As the Sun sets, and the sky becomes darker, more and more stars pop into view. It’s fun trying to be first to spot the first evening star.

Quite often, though, the first ‘star’ that becomes visible, isn’t a star at all. Following ancient custom, a bright sparkle visible around sunset, is called the ‘Evening Star’. There’s also a ‘Morning Star’, which would be the last star visible before the solar glare drowns everything out. Most of the time, this brilliant luminary is actually the planet Venus. Sometimes called our ‘sister planet’, Venus is the second rock from the Sun, and is shrouded in eternal cloud that reflects sunlight pretty well. Because Venus is quite close to the Earth, and it is very reflective, it is very bright. When you see the Evening Star, the odds are you’re actually looking at Venus.

Besides Venus, the Evening Star could also be the planet Jupiter. Jupiter is the second brightest ‘star’ in the sky, as well as being the largest planet in our solar system. Jupiter is so large, in fact, that is almost became a real star. If you use steadily-held binoculars, or even the smallest telescope, you’ll see that Jupiter is a real world: it is a round disc, with some dark markings on it, and it even has four bright moons. These moons move quickly, so your view will change from day to day. With a telescope, you can watch storms unfolding in the planet’s upper atmosphere and follow the movement of its four satellites.

Depending on the season, another likely candidate for Evening Star is actually a real star – Sirius. This is the brightest star in the night sky – as seen from Earth, of course – and is sometimes known as the Dog Star. The ancient Egyptians adored it and used the star to predict when the river Nile would flood its banks, heralding the new fertile season.

Sirius has other more elaborate names in the detailed catalogues astronomers use, such as AKARI-FIS-V1 J0645085-164258 – but every star gazer knows it as Sirius. In isiXhosa, this star is known as iQhawe, ‘The Champion’, a superb name for this brilliant stellar beacon.

All cultures that have grown up on our planet, have their own names for the stars, planets, and other heavenly delights. The ancient cultures of China and the Middle East, the Greeks of days long gone, the Bushman peoples of southern Africa, and the Dutch explorers of the 17th century, speak of the stars in their own tongue. But at the end of the day, we are all looking at the same Universe. And it is beautiful.

A practical resource for all astronomers, whether novice, amateur or professional. It covers the year’s planetary movements, predicted eclipses, meteor showers – any events and facets of the night sky that change annually. Star charts plot the evening sky for each season, facilitating the identification of stars and constellations. The guide contains a wealth of information about the Sun, Moon, planets, comets, meteors and bright stars, with photos, diagrams, charts and images.

An essential handbook for all night-sky enthusiasts.