A Higher Loyalty – Ex FBI director tells all on Trump’s White House
More about the book! 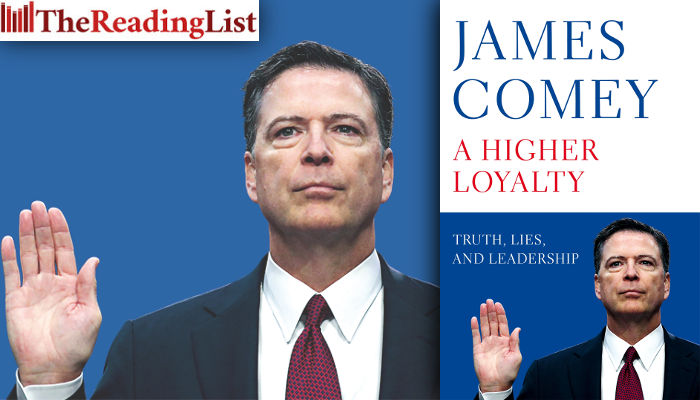 A Higher Loyalty: Truth, Lies, and Leadership by former FBI director James Comey is out now from Pan Macmillan SA!

A riveting inside account of life and leadership at the heart of the FBI and high office in the United States of America.

Former FBI director James Comey shares his never before-told experiences from some of the highest-stakes situations of his career in the past two decades of American government, exploring what good, ethical leadership looks like, and how it drives sound decisions. His journey provides an unprecedented entry into the corridors of power, and a remarkable lesson in what makes an effective leader.

Comey sat down with ABC’s chief anchor George Stephanopoulos for an explosive Sunday night interview, where he compared President Trump to a mob boss.

To find out more and to order your copy, click on the link above!

A Higher Loyalty is the first big memoir by a key player in the alarming melodrama that is the Trump administration. Comey, who was abruptly fired by President Trump on May 9, 2017, has worked in three administrations, and his book underscores just how outside presidential norms Trump’s behavior has been — how ignorant he is about his basic duties as president, and how willfully he has flouted the checks and balances that safeguard our democracy, including the essential independence of the judiciary and law enforcement. Comey’s book fleshes out the testimony he gave before the Senate Intelligence Committee in June 2017 with considerable emotional detail, and it showcases its author’s gift for narrative — a skill he clearly honed during his days as United States attorney for the Southern District of New York. — Michiko Kakutani, New York Times