All dressed up and nowhere to go? Hitch a ride with Penguin Random House SA!

Check out this list of South African fiction e-books available to purchase now:

A Sin of Omission 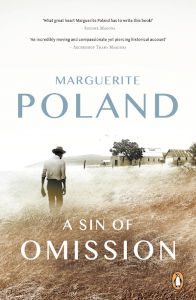 In the Eastern Cape, Stephen (Malusi) Mzamane, a young Anglican priest, must journey to his mother’s rural home to inform her of his elder brother’s death.

Due South of Copenhagen 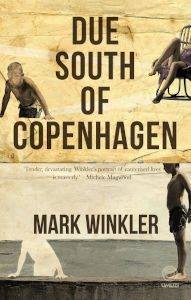 A letter bearing news of boyhood friend Karl Udengaard’s death sets Maximilian Fritz on a path of disconcerting reminiscences on his last day as editor of a community newspaper.

Growing up as the son of a petrol-station owner in a Lowveld town, twelve-year-old Max is bashed around and bullied – until the arrival of Karl Udengaard. Karl teaches Max how to toughen up, while Max’s feelings for Gunna Udengaard, Karl’s enigmatic mother, rage in secret.

Tragedy severs Max’s ties with the wealthy Udengaards. As the decades-old memories unravel, he begins to comprehend his own complicity in his and their misfortunes.

Due South of Copenhagen is a masterful tale of the scope of intimate connections between people, small-town living during the height of South Africa’s Border War, and what it takes to put the past to rest. 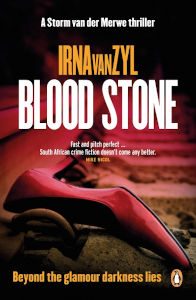 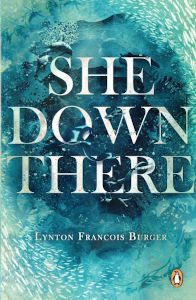 She is Half-Away Woman. Her name is her destiny: half woman, half sea creature. Down with the octopus she dives. She swims out beyond the waves with the sea lions and the orcas. She rolls with the sea otters in the kelp. She rests in the intertidal – that place which is half sea, half land. When the winter storms break, she shelters on the reefs, deep below the thrashing waves, with the rockfish and the wolf eel. She sees all in the sea. She feels all.

The sea has always been in Claire Lutrísque’s blood. Descended from Canada’s native Haida people, she is hurled by tragedy on a southward path, to the warm waters of Mozambique, where she joins the fight to safeguard the region’s coral reefs. Navy diver Klaas Afrikaner first swam into these same waters on a covert military mission. Seven years later, he is languishing as a divemaster in the sleepy coastal town of Tofo. But the shark-fin trade is threatening the only thing that keeps him going. So he too must rise to his calling.

A shared love of the ocean and a deep desire to protect it brings these kindred spirits together.

Steeped in the myths of the sea, Lynton Francois Burger’s novel is as lyrical as it is exhilarating. Part ecological thriller, part tender love story, She Down There is a timely song to the world’s oceans and the creatures living in them.

Death on the Limpopo 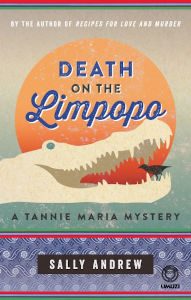 Tannie Maria might be the Karoo’s favourite agony aunt, but when it comes to matters of her own heart, she doesn’t have all the answers.

Why is she having trouble telling her beau – the dashing Detective Henk Kannemeyer with the chestnut moustache – that she loves him?

There are other, more pressing problems too. A tall, dark stranger zooms in on her Ducati motorbike: she is Zabanguni Kani, a journalist renowned for her political exposés, who, after receiving threats, moves in with Tannie Maria for safety.

And who could tell that a trip to the country’s northern parts was on the cards? The journey plunges Maria and her friends into pools of danger, amid water maidens, murders, and Harley Davidsons.

Ladismith’s famous crime fighter is back – with a tin of buttermilk rusks in hand – to restore peace from the Klein Karoo to the great Limpopo River. 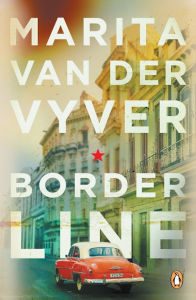 A letter among her deceased ex-husband’s belongings rips open Theresa’s world. For years she has turned her back on Theo, a man who spent the last two decades of his life institutionalised, and on their shared past in a country where teenage boys were conscripted to fight on ‘the Border’ in a war that those back home knew little about. Least of all Theresa, who spent her days dreaming of discos and first kisses.

Realising that the letter was written by a Cuban soldier and addressed to his child – who, if still alive, would be at least forty years old – Theresa heads for Cuba: to search for the soldier’s child, to deliver the letter, to atone in some way for Theo’s deeds and for her own ignorance.

In sultry Cuba, amid its picturesque 1950s cars and the fragrant smoke of its cigars, Theresa’s search connects her intimately with those branded ‘the enemy’ during the war in Angola as she begins to unravel what growing up in the South Africa of that time really meant. 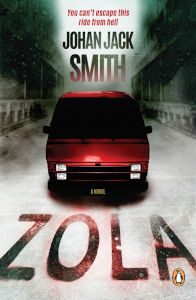 A cryptic killer is cruising the streets of Johannesburg.

He’s picking up young women to torture and mutilate, and it’s down to Captain David Majola and Warrant Officer Jason Basson to follow the trail of blood and find him.

Majola, plagued by cocaine and lost love, feels the need to prove himself after his early promotion; his partner Basson, imprinted by the bad old days, wishes he’d walked out on the saps years ago.

Tensions between the two rise as the bodies pile up, and while newspapers and politicians hurl accusations and the taxi bosses threaten a devastating strike, Majola and Basson must face the demons of a crazy city. 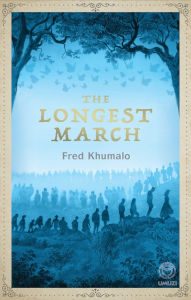 A hundred and twenty years ago, seven thousand Zulu mineworkers walked from the gold mines in Johannesburg to Natal, covering a distance of five hundred kilometres over ten days. This journey was their longest march.

Over perilous terrain – sleeping in the open, being attacked by wild animals and harassed by armed white farmers – Nduku and Philippa and seven thousand others walk.

Set during an incredible event in South African history, Fred Khumalo’s new novel is a tale of heady determination, and a tribute to the perseverance and courage of ordinary men and women when faced with extraordinary circumstances. 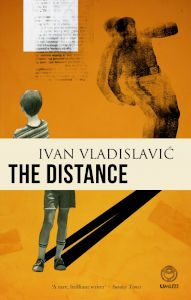 In the spring of 1970, a Pretoria schoolboy falls in love with Muhammad Ali. He begins to collect cuttings about his hero from the newspapers, an obsession that grows into a ragged archive of scrapbooks.

Forty years later, when Joe has become a writer, these scrapbooks both insist on and obscure a book about his boyhood. He turns to his brother Branko, a sound editor, for help with recovering their shared past. But can a story ever belong equally to two people? Is this a brotherly collaboration or a battle for supremacy?

This is an intricate puzzle of a book by a writer of lyrical power and formal inventiveness. Against a spectacular backdrop, the heyday of the greatest showman of them all, Vladislavić unfolds a small, fragmentary story of family life and the limits of language. Meaning comes into view in the spaces between then and now, growing up and growing old, speaking out and keeping silent.