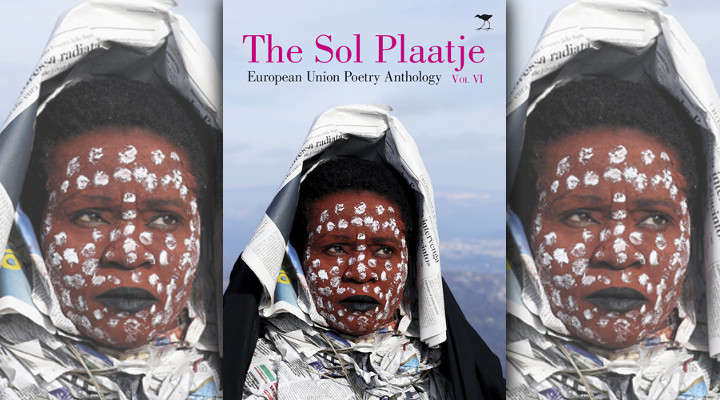 The Jacana Literary Foundation has announced the 63 poets who have been selected for publication in the 7th annual Sol Plaatje European Union Poetry Anthology.

The longlist of poems written in a range of South Africa’s official languages has been selected by a panel of four judges. This year Koleka Putuma and Athol Williams joined the panel as co-judges reviewing English entries. Goodenough Mashego reviewed the indigenous-language entries and Pieter Odendaal reviewed the Afrikaans entries.

The shortlist will be announced at the inaugural, annual Nirox Foundation Word Festival in Johannesburg on 21 October 2017.

In alphabetical order by surname, the longlisted poets are:

Mongane Wally Serote, an icon of the Black Consciousness movement, poet and writer was born in Sophiatown. He was a renowned member of the Soweto Poets – a group that advocated for black literary voices in South Africa in the tumultuous 1970s. His poems of that time speak of the realities of apartheid, and have been invaluable in provoking thought about oppression, as well as capturing the truths of the era. The National Order of Ikhamanga in Silver was awarded to him in 2007 by the presidency for his excellent contribution to literature, with emphasis on poetry, and for putting his artistic talents at the service of democracy in South Africa. He is the chairman of the Jacana Literary Foundation, has founded several NGOs and sits on advisory boards with the aim of promoting matters of arts, culture, indigenous knowledge and African renaissance.

Athol Williams is a poet and social philosopher from Cape Town. He is the chairman of Read to Rise, a youth literacy NGO that he co-founded after many years as a business strategy advisor. His poems have been published in anthologies and literary journals in the UK, USA and South Africa and he has published three poetry collections. He is also the author of the Oaky series of inspirational children’s books, and Pushing Boulders, his memoir, was published in 2016. Athol grew up in Mitchells Plain, Cape Town and has been educated at Oxford, Harvard, MIT, LSE, London Business School and Wits University.

Koleka Putuma, winner of the 2014 National Poetry Slam Championship and the 2016 PEN South Africa Student Writing Prize, has been named one of Africa’s top 10 poets by Badilisha, and named one of the young pioneers who took South Africa by storm in 2015 by The Sunday Times. Her acclaimed anthology Collective Amnesia was published by uHlanga Press in 2017.

Goodenough Mashego is a poet, activist and all-round artist based in the rural town of Bushbuckridge, who also adjudicates the South African Literary Awards (SALAs). He has published three poetry books and much of his poetry has appeared in New Coin, Timbila, Botsotso, Green Dragon, Baobab, as well as other international anthologies and the online platforms LitNet and Badilisha Poetry Exchange. He has released a poetry CD titled Just Like Space Cookies. As a journalist/columnist, he has written for various publications across beats. He is the co-founder of Mpumalanga’s indigenous language hip hop label, Lepulana Musik, has written four films, has co-produced and translated two documentaries for the National Peace Centre and his play, The Last Show, was awarded the Saving Endangered Species (SES) Prize in the USA in 2016.

Pieter Odendaal was born in Pretoria and grew up in Bloemfontein. He is the co-founder and project manager of SLiP, the Stellenbosch Literary Project, which crafts and encourages creative engagement with words through their digital platform that focuses on South African writing (books and poetry), multilingualism and translation. Together with Adriaan van Wyk, he runs the InZync poetry sessions and workshops, which are a fundamental part of Cape Town’s urban poetry scene. The InZync sessions are where poetries meet – they bring together various literary traditions onto one stage. His Afrikaans poems appeared in Nuwe Stemme 5 (2013), and he hopes to publish a debut collection of his poetry soon. His time is otherwise occupied by studying towards a postgraduate diploma in Sustainable Development, writing poetry, playing piano and chilling somewhere under a tree.