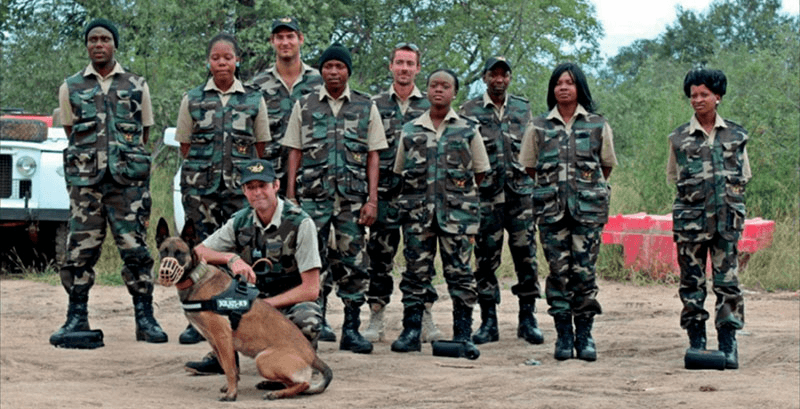 In 2013, six young women recruits signed up to become Black Mambas: a pilot anti-poaching project on the Olifants West region of Balule Nature Reserve near the Kruger National Park.

Mario Cesare, warden of Olifants River Game Reserve and author of Man-eaters, Mambas and Marula Madness and The Man with the Black Dog, describes the Black Mambas’ early years in his new book, Heart of a Game Ranger.

The recruits were put through their paces for a year, after which they undertook advanced bushcraft and tactical training. Cesare writes:

The course took place in the heart of Big Five country and included full-moon foot patrols, living in the bush without washing for 12 days, sitting up in ambush positions quietly for hours on end, and sleeping under the stars. Dry, military-style rations (rat packs) and bottled borehole water was all they had for sustenance. When on patrol and the water they carried ran out, there was little option but to drink from the water holes utilised by game. (The cornucopia of aromas surrounding these water holes and the muddy flavour of the water are secondary considerations when you are hot and thirsty.) And though a few trainees fainted from the exertion, not a single one became ill or dropped out.

The Mambas were not even deterred when, on one of their first training patrols, they came across a pride of lions eating a kudu bull that they’d killed minutes before …

The final test for the women was a 17-kilometre run in the heat of the day: a gruelling test of endurance. Despite being extremely fit by this time, one young Mamba fainted on the route. She flatly refused to be transported back to base, however, and got up and finished the race in the allotted time.

During the passing out parade, she said:

‘When I finished 12 years of school, I thought I was going places. Then after some years of waiting and never getting any jobs, I felt let down and thought my whole life I would be in the village carrying firewood and water cans. Today, I am special. I am part of a serious thing!’

Today she runs the operations room and is the Black Mamba Unit’s Staff Sergeant.

The first six Black Mambas were so effective in combating, mainly with with early detection of incursions, that it was decided to hire another 20 young women to increase the squad.

And there’s more to look forward to: in 2016 it was announced that a Hollywood production company plans to turn their story into a feature film.

At the 2015 Southern African Rhino Awards the Black Mambas won the Best Rhino Practitioner Award, receiving their prize from Prince Albert of Monaco at a ceremony in Johannesburg. But that was just the first of what would become an impressive roll-call of accolades.

They have dined with the Prince of Monaco; with Graça Machel, wife of Nelson Mandela; with Ban Ki-moon of the United Nations, and a few other dignitaries … a long haul from sweat-soaked bush fatigues, dry rations and drinking from water holes! 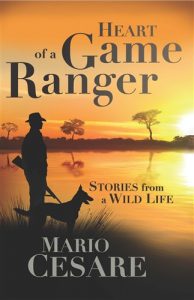 In Heart of a Game Ranger, Cesare pays homage to the brave, dedicated and curious personalities engaged in a deadly combat on the most majestic of battlefields. Yet, while rhino poaching is by far the reserve’s biggest problem, Cesare reveals how the daily struggles of a game ranger are so much broader – and the rewards, when they come, immense.

Click here to find out more about the book