The many lives of the Nelson Mandela comic 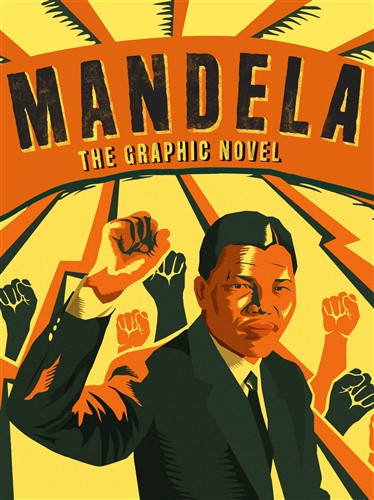 Jeremy Boraine, Publishing Director at Jonathan Ball, on the many lives of the Nelson Mandela Comic:

We first published Nelson Mandela: The Authorised Comic back in 2008 so it’s strange to write about a book nearly ten years later. Some books, however, take on a life of their own and this is one that recently came across my desk again when we sold publishing rights to Robinson, an imprint of Little Brown in London. Robinson is run by the wonderful publisher Duncan Proudfoot who happened to grow up in the same street as I did. But that’s a story for another day.

The Nelson Mandela comic first came to life not as a book but as series of eight comic books. They were a collaboration between Umlando Wezithombe and the Nelson Mandela Foundation. The comic books were distributed to children around South Africa, and were also serialised in various newspapers.

I came across them – I don’t remember how – and immediately saw the potential of putting them together into a single volume. It wasn’t long before we had a deal and the first edition hit the South African market.

Since then the rights have been sold to the Netherlands, France, Spain and Korea. Each with a cover design to appeal to their own market. Open the pages and there is Nelson Mandela speaking in Dutch, Spanish, Korean…

In South Africa we published a second edition, this time in paperback and with teacher’s notes at the back for teachers wishing to use it in the classroom.

One day I got a call from the Spanish publisher at Ediciones Escalera. It was two or three years after publication of their edition and he was breathless with excitement: ‘Jeremy, we have sold 100 000 copies to the education department in Ecuador in South America. They are going to give one to every child in grade 8. You don’t know what this means – we were about to go under and now we can continue publishing!’ In publishing, stories of snatching victory from the jaws of defeat are all too rare. I’ll drink a glass of champagne to that.

Now back to the latest deal. Constable have cleverly bought all language rights still available. They will publish in English in the UK and Commonwealth, but will also sell language rights to publishers in countries I haven’t a hope of reaching. Long live the comic.