Zen and the Art of Motorcycle Maintenance author Robert Pirsig dies at 88
More about the book! 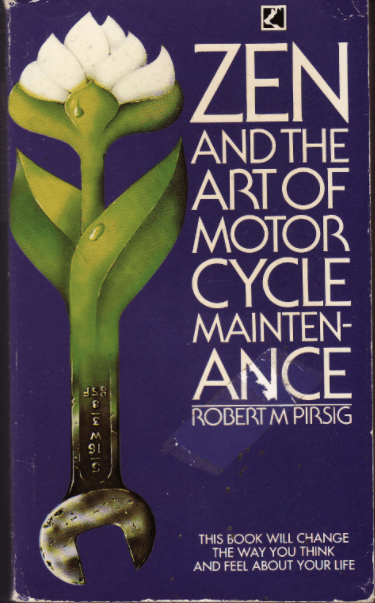 “Zen and the Art of Motorcycle Maintenance: An Inquiry into Values” sold 50,000 copies in three months and more than 5 million in the decades since. The dense tome has been translated into at least 27 languages. A reviewer for the New Yorker likened its author to Herman Melville. Its popularity made Pirsig “probably the most widely read philosopher alive,” a British journalist wrote in 2006.

Pirsig, a perfectionist who published only one major work after “Zen” but inspired college classes, academic conferences and a legion of “Pirsig pilgrims” who retrace the anguished, cross-country motorcycle trip at the heart of his novel, died Monday at his home in South Berwick, Maine, the Associated Press confirmed. He was 88 and had been in failing health.

For the complete story, click on the link above.