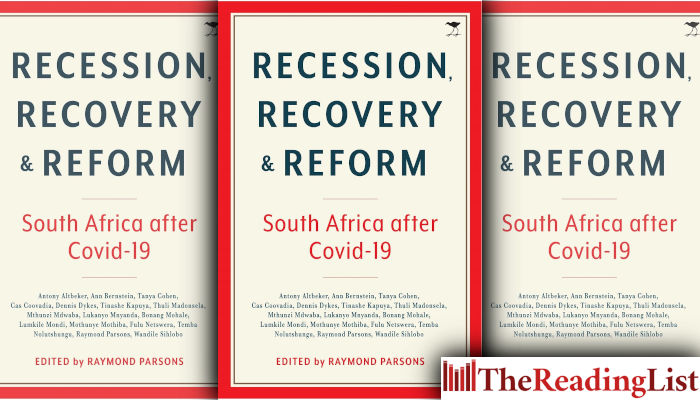 Recession, Recovery and Reform: South Africa After Covid-19 is out now from Jacana Media.

Like all countries, South Africa has been grappling with the deadly coronavirus, Covid-19, since it made its untimely appearance on the world stage earlier this year. Although it is tempting to put everything else on hold while acting to contain the virus and treat its victims, Covid-19 has highlighted and indeed reinforced the existing serious fault lines in South African society – from record levels of unemployment and a depleted fiscus to ever-deepening poverty and inequality.

When the public health crisis eventually subsides, the old structural socio-economic problems will of course still be there, but they will be felt more acutely in the aftermath of the coronavirus hurricane. What should South Africa be doing to prepare for the ‘new normal’ after Covid-19?

That is the overarching question that Recession, Recovery and Reform seeks to tackle. Edited by prominent economist Raymond Parsons, the book comprises a fascinating collection of essays by some of South Africa’s top intellectuals and thought leaders.

While covering a wide range of topics, from labour market and land reform to economic empowerment, fiscal policy, productivity and the role of business in policymaking, the book’s core message is this: South Africa needs to reimagine a better future by using lessons from the past to craft and implement bold reforms that will pave the way for a more just and resilient society.

Fundamental reform in many areas is long overdue. The so-called ‘lost decade’ under the Zuma administration provided ample evidence of the extent to which the country had drifted from its moorings and allowed its once strong economic values to be abandoned. These values need to be restored and a new trajectory envisaged, with buy-in from across the socio-economic and political spectra. But instead of elaborate (and largely unrealistic) plans, a ‘back to basics’ approach is the way to go. In short, the national agenda needs to be drastically and irrevocably reconfigured.

Once South Africa begins to emerge from the deep recession that has inevitably come in the wake of the Covid-19 lockdown, there will be a unique opportunity to recalibrate the economy for inclusive growth by getting more people working, collaborating and contributing.

The full list of essays and their authors are:

Recession, Recovery and Reform is a must read for those who are concerned about South Africa’s well-being in these deeply uncertain times and who are willing to believe that a better future is still within our grasp if we make the right choices.