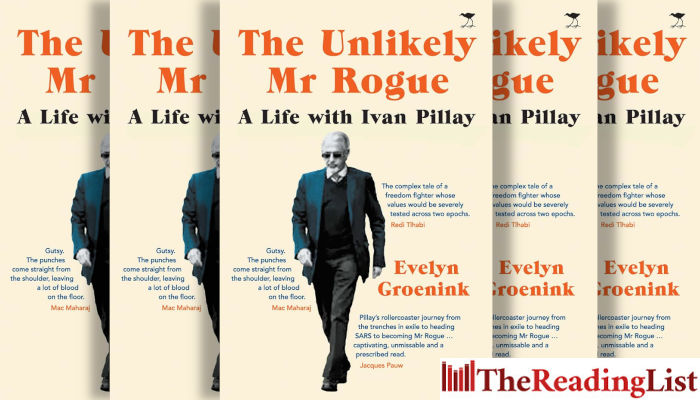 The Unlikely Mr Rogue: A Life with Ivan Pillay by Evelyn Groenink tells the story of the quiet man behind the so-called ‘rogue unit’ at SARS, who has become a lightning rod for so many in politics today.

In a Daily Maverick webinar on Wednesday, 9 December, Ivan and Evelyn, a journalist and his partner of 30 years, spoke to Ferial Haffajee about how the SARS ‘rogue unit’ accusations have affected their lives.

‘How did you feel when you woke up on that Sunday morning and the Sunday Times said they’d exposed the SARS rogue unit?’ Ferial asked.

‘SARS hasn’t been new to controversy,’ Ivan said. ‘There have been attempts to launch campaigns against SARS from the early 2000s, but through the good work that we did, through good organisation and good media management, we managed to keep that at bay.

‘We failed when we began to get into an environment that is permissive – anyone could say anything and politicians were only too happy to hear whispers about somebody else. We’re paying the cost of that now. The facts don’t matter. What matters is can I use what is being offered to advance myself?’