Was Cuito Cuanavale ever really an objective of the SADF? Leopold Scholtz tackles this question by examining recently declassified documents
More about the book! 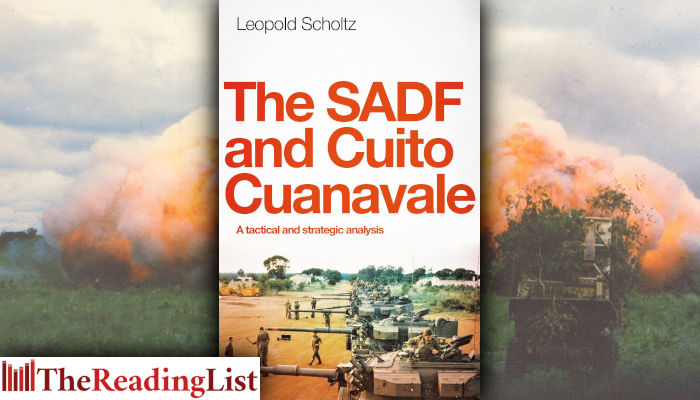 The SADF and Cuito Cuanavale: A Tactical and Strategic Analysis by Leopold Scholtz is out now from Jonathan Ball Publishers.

‘A shooting war is often followed by a second war. This war is not fought with bullets or artillery shells, not with tanks or bombers, but rather with words. The war is, in effect, fought again on paper.’

In 1987–1988 the dusty Angolan town of Cuito Cuanavale was the backdrop for the final battles of the Border War. Ever since the war ended, the fighting around Cuito has been the subject of a fierce public debate over who actually won the war.

While the leadership of the former South African Defence Force (SADF) claims it was never defeated, the supporters of the Angolan MPLA government, Cuba and SWAPO insist that the SADF wanted to overrun Cuito Cuanavale and use it as a springboard for an advance on Luanda.

But was Cuito Cuanavale ever really an objective of the SADF?

In The SADF and Cuito Cuanavale, Leopold Scholtz tackles this question by examining recently declassified documents in the SANDF archives, exploring the strategic and tactical decisions that shaped the six main battles, from the SADF’s stunning tactical success on the Lomba River to the grinding struggle for the Tumpo Triangle.

His incisive analysis untangles what happens when war, politics and propaganda become entwined.

Dr Leopold Scholtz is a former journalist and the author of eight books, including the popular The SADF in the Border War and Ratels on the Lomba.

He was deputy editor of Die Burger until 2007 whereafter he headed Media24’s European office in the Netherlands. He retired in 2013, but still regularly writes analyses on international politics and current affairs.

In 1997 Scholtz was recruited in the Reserve Force of the South African National Defence Force where he served as staff officer (captain) at several headquarters. He is a research fellow at Northwest University.