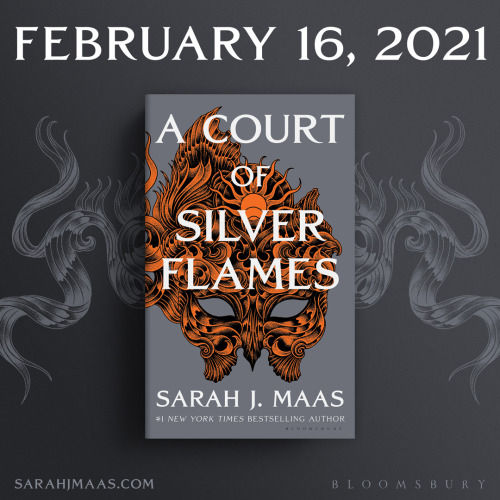 A Court of Silver Flames by Sarah J Maas is out next week from Jonathan Ball Publishers!

Nesta Archeron has always been prickly – proud, swift to anger and slow to forgive. And since the war – since being made High Fae against her will – she’s struggled to forget the horrors she endured and find a place for herself within the strange and deadly Night Court.

The person who ignites her temper more than any other is Cassian, the battle-scarred, winged warrior who is there at Nesta’s every turn. But her temper isn’t the only thing Cassian ignites. And when they are forced to train in battle together, sparks become flame.

As the threat of war casts its shadow over them once again, Nesta and Cassian must fight monsters from within and without if they are to stand a chance of halting the enemies of their court. But the ultimate risk will be searching for acceptance – and healing – in each other’s arms.

Sarah J Maas is the #1 New York Times and internationally bestselling author of the Throne of Glass, Court of Thorns and Roses, and Crescent City series. Her books have sold more than nine million copies and are published in 37 languages. A New York native, Sarah lives in Pennsylvania with her husband, son and dog.