Things They Lost – the debut by Caine Prize winner Okwiri Oduor – an astonishing new novel, riven through with mystery and magic
More about the book! 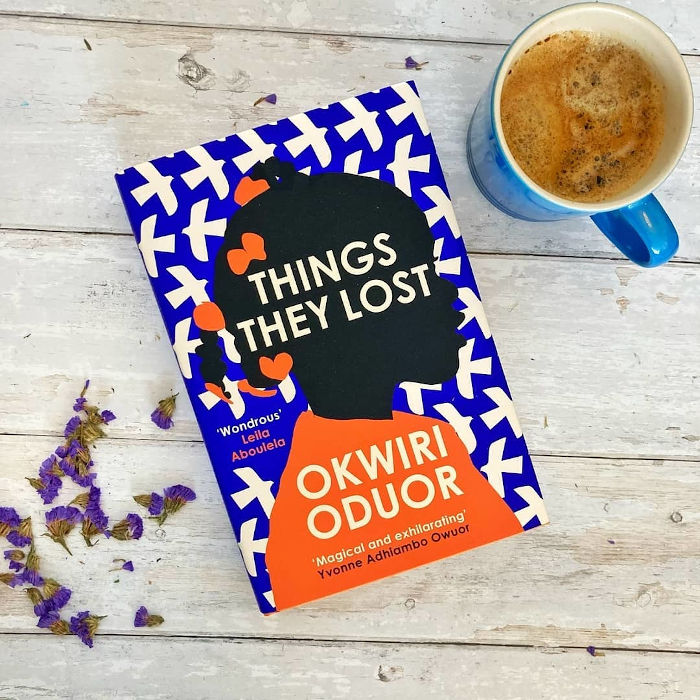 Things They Lost by Okwiri Oduor, winner of the 2014 Caine Prize, is out now from Jonathan Ball Publishers.

‘An extraordinary tale about love, longing, and the bond between mothers and daughters.’ – Vogue

This astonishing, devastating debut novel, riven through with mystery and magic, tells the story of a lonely girl living in a small African town and her struggle to free herself from her mercurial, charming mother.

The Manor Mabel Brown looms high over Mapeli Town, its rickety gate flanked by stone angels with severed heads, its yard full of tangled thorns and wildflowers. Inside these ramshackle walls lives Ayosa, twelve years old and the loneliest girl in the world.

With her mother prone to frequent disappearances, Ayosa’s only companions are the ghosts and spirits who wander through her Kenyan village. She craves escape, but more than that she longs for the love of her fearsome mother, Nabumbo Promise.

When a new friend arrives in the shape of Mbiu, Ayosa is forced to choose between protecting her mama and seizing a life of her own.

Okwiri Oduor’s stunningly original debut novel sings with Kenyan folklore and myth as it traces the fragile, intoxicating bond between a mother and daughter like no other.

Okwiri Oduor was born in Nairobi, Kenya. At the age of 25, she won the Caine Prize for African Writing 2014 for her story ‘My Father’s Head’. Later that year, she was named on the Hay Festival’s Africa39 list of 39 African writers under 40 who would define trends in African literature. She has been a MacDowell Colony fellow, and she received her MFA from the Iowa Writers’ Workshop. She has a story forthcoming in Granta, and Things They Lost is her debut novel. She lives in Germany.