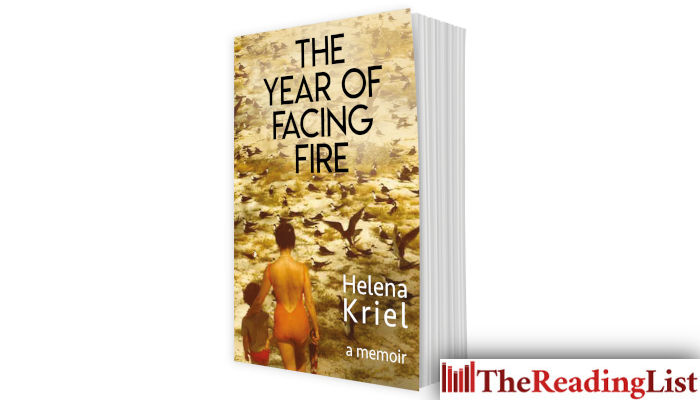 The Year of Facing Fire, a family memoir by award-winning writer Helena Kriel, is out in June 2019 from Jacana Media and MFBooks Joburg.

In this world-class memoir, Helena Kriel is commissioned to write the screenplay for what will later become the hit movie Kama Sutra based on the ancient Indian manuscript on sex and love.

In the year she travels to India to do her research, back home in South Africa her beloved brother Evan is diagnosed with HIV/Aids.

Little does she know that everything she seeks to learn about love will be revealed in the battle to keep Evan alive.

The Year of Facing Fire is a brilliantly penned memoir about a dynamic South African family: Maja, the combative but inspired mother; Lexi, the sister who has been living in an Indian temple; Ross, the brother who dives with sharks but is kept in the dark about his older brother’s condition.

And at the centre is beautiful Evan, terminally ill and magically insightful, as death comes ever closer. The narrator craves facts and certainty, but death has a way of destroying all illusion of control.

‘This story is about what happened to a family south of the equator, about life and death,’ Melinda Ferguson, publisher: MFBooks Joburg, says. ‘It is about the stuff that will always unite us as human beings, regardless of the language we speak, the country we live in, the laws that govern us, the religions we might follow.

‘We live. We love. One day we will die. We are committed to the ones who share our lives and we fear their deaths perhaps even more than we fear our own. We fight for ours and we want to protect theirs. And mostly we are powerless over all of it.’

In the tradition of great family memoirs like Joan Didion’s The Year of Magical Thinking and Alexandra Fuller’s Don’t Let’s Go to the Dogs Tonight, The Year of Facing Fire will leave you breathless, bereft and uplifted.

Helena Kriel is an award-winning playwright and screenwriter who spends her time between Los Angeles and South Africa. Before heading to America, she worked as a playwright in South Africa, penning Pigs on Passion, Arachnid and I Can’t Wait to Tie You to the Sofa. She was nominated as playwright of the year and also wrote extensively for television.

Winning a Steven Spielberg award set her up to be an A-list writer in Hollywood, with produced screenplays to her credit. Helena teaches screenwriting for Spalding University’s MFA in Writing Program and takes writers and seekers on creative journeys into India, while regarding South Africa as her home.

Deeply committed to animals, she is the founder and president of Baby Rhino Rescue, an international non-profit dedicated to saving rhinos from extinction. She counts herself luckiest when she has mud on her boots and a rhino for company.