The Sweetness of Water by Nathan Harris – an extraordinary novel of life after slavery
More about the book! 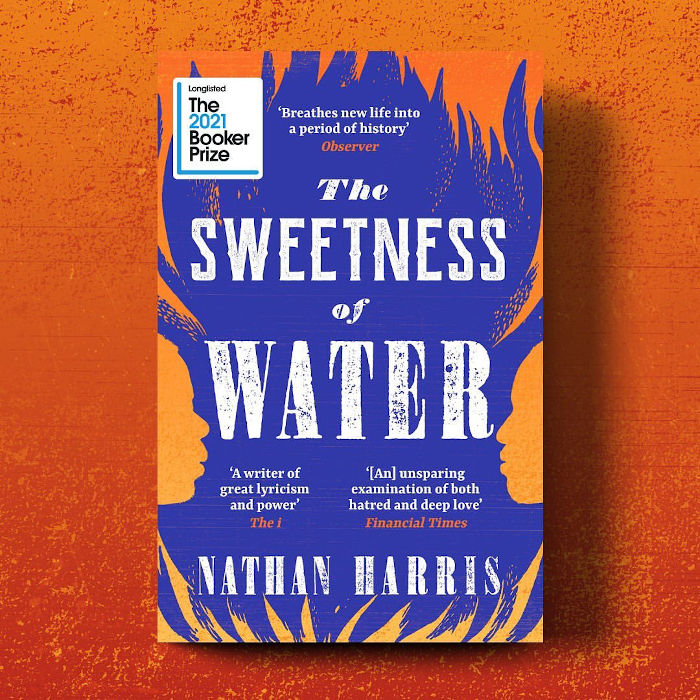 An award-winning ‘miraculous debut’ (Washington Post) about the unlikely bond between two freedmen who are brothers and the Georgia farmer whose alliance will alter their lives, and his, forever.

In the dying days of the American Civil War, newly freed brothers Landry and Prentiss find themselves cast into the world without a penny to their names. Forced to hide out in the woods near their former Georgia plantation, they’re soon discovered by the land’s owner, George Walker, a man still reeling from the loss of his son in the war.

When the brothers begin to live and work on George’s farm, the tentative bonds of trust and union begin to blossom between the strangers. But this sanctuary survives on a knife’s edge, and it isn’t long before the inhabitants of the nearby town of Old Ox react with fury at the alliances being formed only a few miles away.

Perfect for fans of Washington Black, The Underground Railroad and Days without End.

Nathan Harris, a native of Oregon, is a Michener Fellow at the University of Texas. He was awarded the Kidd Prize, as judged by Anthony Doerr, and was also a finalist for the Tennessee Williams Fiction Prize. He lives in Austin, Texas.