The Story of Nelson Mandela: The Prisoner who Became a President – A perfect introduction to a fascinating period in history
More about the book! 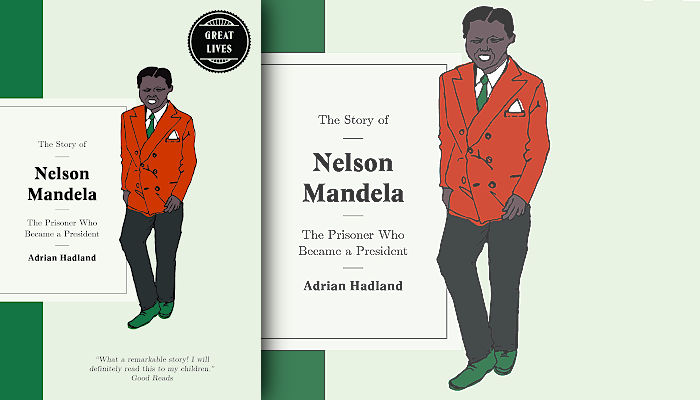 A biography for children from Faber Short Books – The Story of Nelson Mandela: The Prisoner who Became a President by Adrian Hadland.

Everyone should read these lively biographies – a perfect introduction to the most fascinating period in history.
– Tristram Hunt

Nelson was a young South African with a reputation for trouble-making. Who would have thought he would one day lead his people to freedom?

Nelson grew up at a time when black South Africans suffered terrible injustice. He was determined to change this – even if it meant grave personal danger.

27 years of his life were spent in prison, and everyone seemed to be against him – even his own family – but Nelson never stopped fighting for what he believed in: true equality for all, no matter what the colour of their skin.

Adrian Hadland was a journalist, columnist and editor for almost 15 years covering South Africa’s transition from apartheid to democracy for the local and international media.

Join Fiona Snyckers, in conversation with Lorraine Sithole, for the launch of her new novel Lacuna at Love Books