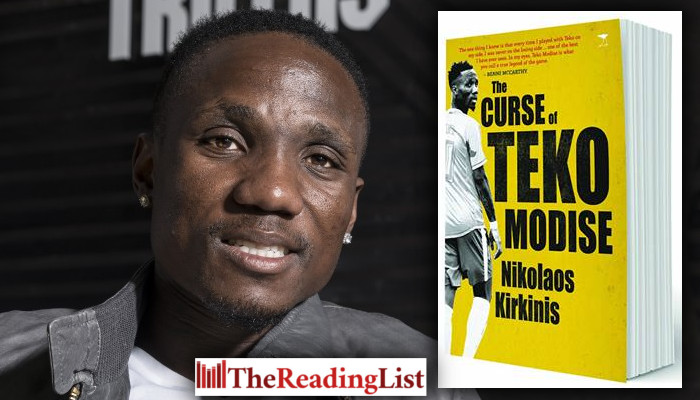 Teko Modise chatted to Vaylen Kirtley on Morning Live about his new book, The Curse of Teko Modise.

The book is written with the help of journalist Nikolaos Kirkinis.

Modise began his career at Ria Stars, but when the team was sold – when the Premier Division was reduced from 18 to 16 teams – he discovered he had been cleared to play for City Pillars without his knowledge.

A similar thing happened a few years later, when City Pillars sold Modise to Jomo Cosmos without consulting him.

‘I had just won Player of the Year in the Mvela League, and I was negotiatiating with so many teams, Orlando Pirates, Kaizer Chiefs also came to my house, so I was trying to decide which team to play for, only to find out that my clearance had been sold to Jomo [Sono],’ Modise says.

‘I also met Jomo Sono, and he actually told me that I’m not his type of a player, but he’ll sign me nonetheless.

‘But the salary he wanted to give me … it was ridiculous, so I thought I’ll never play for Cosmos …’

Modise ended up signing for signed for SuperSport United, managed at the time by Pitso Mosimane.

Have you ever wondered why birds often fly in formation? Beat About the Bush: Exploring the Wild is the book for you!

A fresh, new look at the ongoing rhino crisis – Rhino Revolution: Searching for New Solutions by Clive and Anton Walker