The Likely World by Melanie Conroy-Goldman – a recovering young mother’s search for salvation in dystopian America
More about the book! 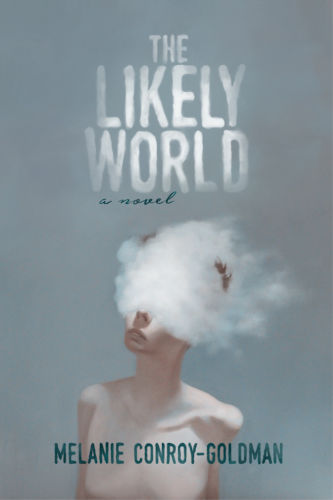 Should the addict mother of a damaged baby relinquish her child?

Launching August 4, 2020, The Likely World by Melanie Conroy-Goldman tries to answer that question and some others in a bizarro, post-modern coming of age story whose central actor is a fictional drug that produces alternate realities and amnesia.

One of the most profound literary antagonists ever saved-to-disk, Cloud detours, manhandles and almost wipes clean Mellie Itzkowitz-Kearns’ search for salvation in dystopian America.

Set in 1980’s Boston, Conroy-Goldman’s tale begins when Mellie reunites with an eclectic band of sexually liberated, substance abusing teens she knows from Jewish summer camp. Unreliably parented by her New Age maternal incarnation, lonely and aware of the power of other girls, Mellie opts to exchange uncertain ambition for Cloud’s numbing alternative reality. Their group includes Paul, the exquisite half-Chinese Marjorie Morningstar who gets his break in Siberia, runs afoul of the director in New York but will do anything for celebrity. By 2008 they’re a struggling Cloud-addled couple living in LA, all but indentured to Lew, the fatherly, failed Russian smut distributor turned would-be producer of viral, AI-generated, celebrity deep fakes. Things go from pathetic to perverse, when Lew bets the farm on Mellie’s coding and Paul’s star turn. Was Marjorie Morningstar’s dad really any better?