The Knock on the Door: The Story of the Detainees’ Parents Support Committee
More about the book! 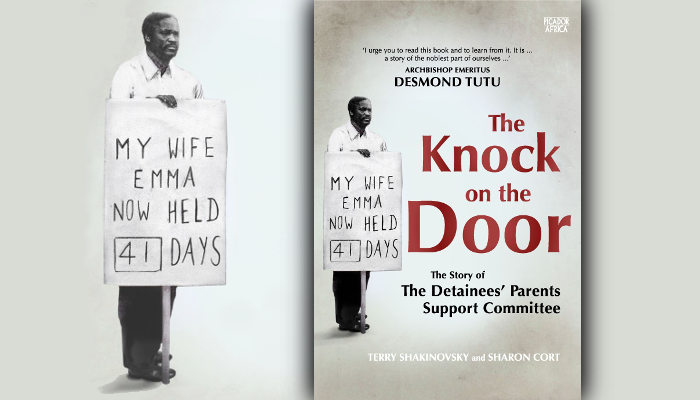 The Knock on the Door: The Story of the Detainees’ Parents Support Committee tells the story of those who helped draw international attention to the atrocities being perpetuated against children – some as young as nine – by the apartheid state.

I urge you to read this book and to learn from it. It is … a story of the noblest part of ourselves …
–Archbishop Emeritus Desmond Tutu

The Detainees’ Parents Support Committee (DPSC) was started in 1981 in Johannesburg, South Africa. It was set up by the parents, spouses and families of activists who were detained and had no recourse to legal intervention. Many in this movement had not been politically involved.

The Knock on the Door, by Lauren Segal, Sharon Cort and Terry Shakinovsky, is an inspiring account of ordinary people coming together to stand up against racism and the abuse of power.