The highly anticipated release of Lift As You Rise by the CEO of Business Leadership South Africa, Bonang Mohale 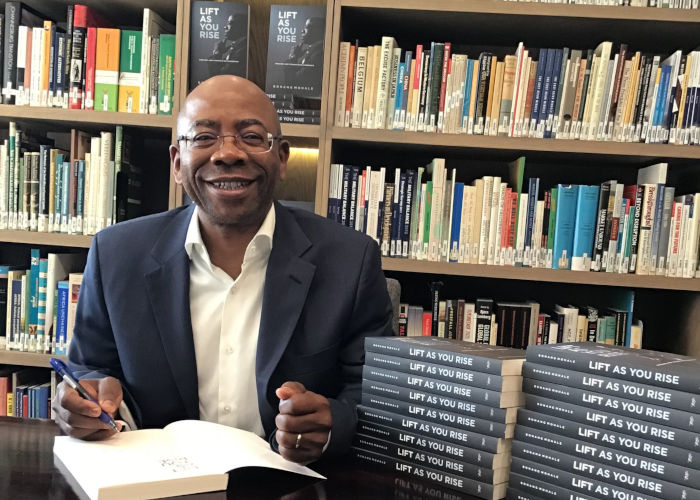 Lift As You Rise: Speeches and Thoughts on Leadership by Bonang Mohale is out now!

Bonang Mohale is a highly respected South African businessman, who is known as much for his patriotism and his active role in seeking to advance his country’s interests as for the leading role he has played in companies like Otis Elevators, Shell South Africa and South African Airways, among others. Developed over 30 years of business experience, his insights have motivated change in organisations and individuals alike.

As CEO of Business Leadership South Africa, he frequently shares his insights through speeches and articles on the role of business in South Africa and the core tenets of leadership. Lift As You Rise is a compilation of some of his spoken and written words in which Mohale reveals the issues he is passionate about, among them transformation, people development, constructive collaboration and integrity, and how they came to define his career and his life. He looks into the ideas behind his words and offers fresh thoughts on the subjects they cover.

This well-balanced compilation is enhanced by contributions from others he has mentored or met on his journey which underscore who Mohale the man is, a fearless and energetic leader whose compassion, humanity and eternal optimism promote hope and encourage action.

There is value in this book for leaders in all walks of life, but it is Mohale’s hope that young people specifically, those rising through the ranks, will find his insights and experience inspiring, for they are the country’s future leaders.

Until 31 December 2008, he spent six years as the CEO of Drake & Scull FM SA, an integrated Facilities Management company owned by the Tsebo Outsourcing Group, where Mohale was also a member of the Executive Committee.

Until May 2003, he was Chief Executive: Shared Services And Associated Companies of Sanlam; a member of the Exco; alternate director of the Sanlam Limited main board; chairman of the board of TASC; a director of Innofin; Gensec Property Services and Fundamo. Until 2002, he was the Chief Executive: Corporate Marketing, Sanlam.

From 1996, he was the Managing Director of OTIS – the world’s biggest and oldest elevator company where he spent five years.

A fabulous adage that Bonang Mohale quotes in his book Lift As You Rise: ‘How can you speak of the sea to a frog that…