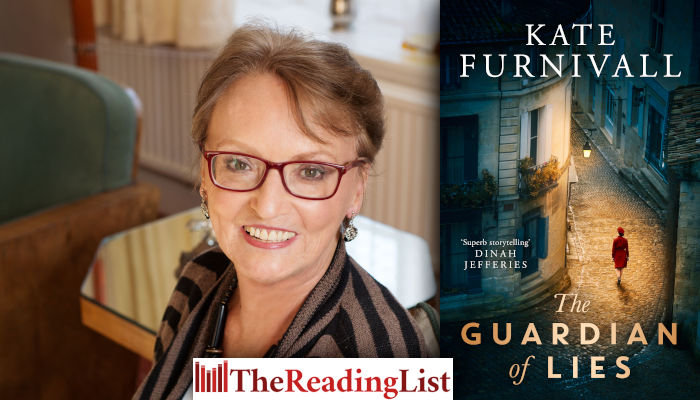 The Guardian of Lies – a thrilling new novel from Kate Furnivall, the bestselling author of The Russian Concubine, The Italian Wife and The Betrayal!

Discover a high-octane thriller – with love, danger, courage, spies and betrayal – set in 1953 in the Camargue, the South of France. The fragile peace between the West and Soviet Russia hangs on a knife edge. And one family has been torn apart by secrets and conflicting allegiances.

Eloïse Caussade is a courageous young Frenchwoman, raised on a bull farm near Arles in the Camargue. She idolises her older brother, André, and when he leaves to become an Intelligence Officer working for the CIA in Paris to help protect France, she soon follows him. Having exchanged the strict confines of her father’s farm for a life of freedom in Paris, her world comes alive.

But everything changes when André is injured – a direct result of Eloise’s actions. Unable to work, André returns to his father’s farm, but Eloïse’s sense of guilt and responsibility for his injuries sets her on the trail of the person who attempted to kill him.

Eloïse finds her hometown in a state of unrest and conflict. Those who are angry at the construction of the American airbase nearby, with its lethal nuclear armaments, confront those who support it, and anger flares into violence, stirred up by Soviet agents. Throughout all this unrest, Eloïse is still relentlessly hunting down the man who betrayed her brother and his country, and she is learning to look at those she loves and at herself with different eyes. She no longer knows who she can trust. Who is working for Soviet Intelligence and who is not? And on what side do her own family lie?

A powerful story of a young woman sucked into the horrors of the start of the Cold War.

Kate Furnivall had the shock of her life when she learned just over a decade ago that she was part Russian. Not a demure all-English rose after all then. It changed her life. Triggered those Russian genes into action. Inspired by her grandmother’s dramatic St Petersburg life story at the time of the Soviet Revolution, Kate wrote her first historical novel, The Russian Concubine, which hit the New York Times bestseller list and was sold in 25 countries.

It hooked Kate into the thrill of setting powerful emotional stories in dramatic far-off locations. She took to travelling with a vengeance – Russia, China, Malaya, Egypt, Bahamas, Italy, France. All became backdrops for her sweeping tales set in the first half of the 20th century when the world was in turmoil.

Research trips were riddled with wonderful adventures and weird discoveries that enrich her books. She delves into dark themes as well as intense love stories, and strips her characters to the bare bones in times of crisis to see what they are made of. Her books are full of tension, twists and thrills, atmosphere and romance.

Kate was raised in Wales, went to London Uni and worked in advertising in London. She now lives in blissful Devon with her husband, snuggled up close to Agatha Christie’s house for inspiration. She has two sons and a manky cat.

Kate has written 10 historical novels, two of which have been shortlisted for the RNA Historical Novel of the Year Award.