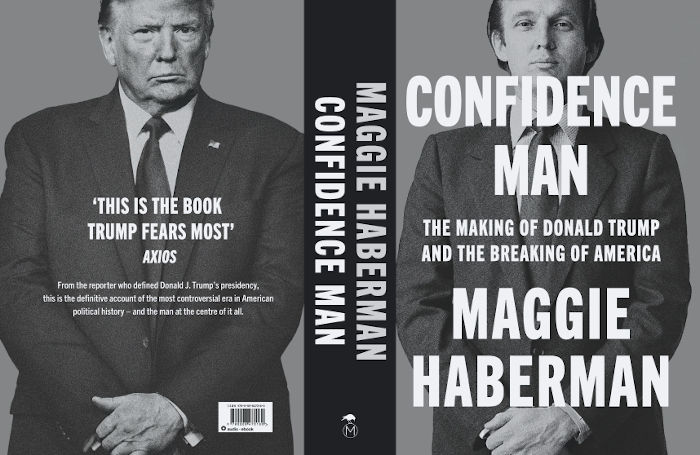 Confidence Man: The Making of Donald Trump and the Breaking of America by Maggie Haberman is out now from Jonathan Ball Publishers.

In this astonishing, illuminating book, Haberman reveals all about Trump – the man, the president and the phenomenon.

Interviews with hundreds of sources and with Trump himself portray a complicated and often contradictory historical figure. Capable of kindness but relying on casual cruelty as it suits his purposes. Pugnacious. Insecure. Lonely. Vindictive. Menacing. Smarter than his critics contend and colder and more calculating than his allies believe. A man who embedded himself in popular culture for decades, laying the groundwork to galvanize support for a successful run for high office.

Chronicling Trump’s entire career, from his rise in New York City to his tortured post-presidency and potential comeback, Confidence Man is a magnificent, disturbing reckoning of the president who pushed American democracy to the brink.

‘This is the book Trump fears most.’ – Axios

Haberman is a White House correspondent for The New York Times. She was part of the team that won a 2018 Pulitzer Prize for reporting on the investigations into Donald Trump’s, and his advisers’, connections to Russia, and were finalists for a 2020 Pulitzer Prize for reporting on the Trump administration’s response to the coronavirus. Before joining The New York Times as a campaign correspondent, she worked as a political reporter at Politico, from 2010 to 2015. She previously worked at The New York Post and The New York Daily News.