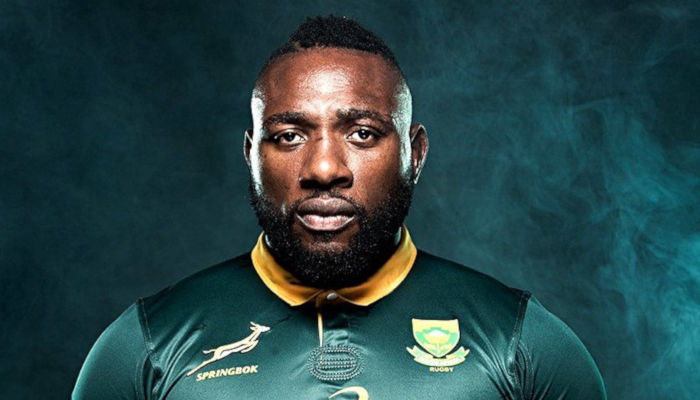 Tendai ‘Beast’ Mtawarira has released a statement clarifying the comments he made about former Springbok coach Peter de Villiers in his new memoir, Beast.

Beast, by Mtawarira and Andy Capostagno, will be published by Pan Macmillan this July.

‘Beast’ wrote on Twitter: ‘Hey guys a lot has been said/insinuated the last few days regarding my soon to be released book.

‘Here’s a joint statement from myself and my publisher @PanMacmillanSA . Have a good evening’.

The book shares insights into Beast’s relationships with mentors and those who have helped to shape his career as a powerhouse of the South Africa rugby fraternity. His impressive career makes for an exhilarating story that is a true page turner.

The ‘Beast’ documents his relationships as they are – multi-dimensional – and while he may be critical regarding some aspects regarding key figures throughout his life, he also shares his experiences with those same individuals that challenged him, and those that built him up and nurtured him throughout his career.

A few commentators who have had pre-launch access to the book have honed in on one paragraph, that they interpret as critical of former Springbok coach Peter de Villiers. However, when they focus on a short extract, they fail to provide context within the greater journey of the rugby player.

It is disappointing that commentators have failed to look comprehensively at the full story, which details the support De Villiers has given to Mtawarira over the years and the respect Mtawarira has for the man who helped him on his Springbok journey.

‘Peter was the coach who first picked me for the Springboks, and he stood by me through all the trouble with the Minister of Sport, so I’m really grateful to him,’ says Mtawarira in Beast.

The book is an inspiring story of overcoming adversity and displaying resilience in the face of challenges to become one of the most successful rugby players of his generation.

The paragraph under question reads:

‘He was a fantastic coach of the Junior Springboks, but I think at the high level he was probably lucky that a very good group of players was handed over to him.’

Mtawarira was referring to the fact that De Villiers had taken over after the Springboks had won the 2007 World Cup under Jake White, with senior players like Victor Matfield, Fourie du Preez, Schalk Burger, John Smit, Bakkies Botha, Danie Rossouw, Jean de Villiers, Jaque Fourie, Bryan Habana and JP Pietersen settled in the side.

Mtawarira added: ‘His methods and approach didn’t really work with the Springboks, and as players we had to be careful what we said to the media. What you said would get back to Peter and affect your place in the team. The media did not like Peter and thought he was a bit of a clown.

‘There’s no doubt that he was happy to be at the forefront of a team that could operate on its own steam. Most of the work was done by the players, with [assistant coaches] Dick [Muir] and [Gary] Gold very influential.’

Hey guys a lot has been said/insinuated the last few days regarding my soon to be released book.

Here’s a joint statement from myself and my publisher @PanMacmillanSA . Have a good evening pic.twitter.com/iTaHsKbZBD