Siya Kolisi: Against All Odds – the remarkable story of the first black South African to captain a Springbok rugby team
More about the book! 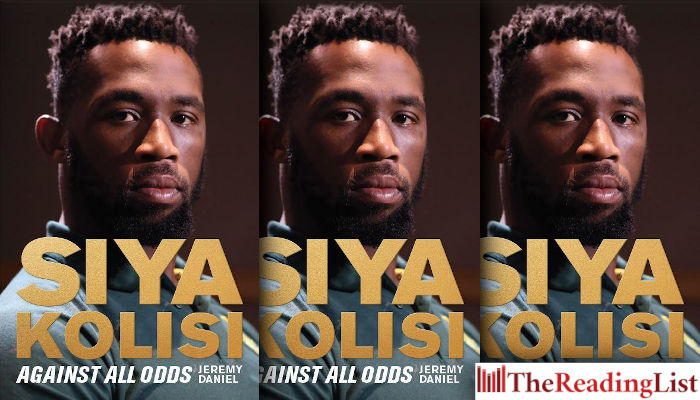 Siya Kolisi: Against All Odds by Jeremy Daniel is out in September 2019 from Jonathan Ball Publishers.

When Siya Kolisi leads the Springboks out onto the field at the Rugby World Cup in September 2019, it will be the crowning glory of an incredible journey that began on the impoverished streets of Zwide, a township outside Port Elizabeth.

As the first black South African to captain a Springbok rugby team, Kolisi’s remarkable story is unique and deserves to be heard.

His mother was a teenager when he was born. She left him in the care of his grandmother who brought him up until she died (in his arms) when Siya was 12. He found love and acceptance playing junior rugby with the African Bombers club until his talent was spotted by the prestigious Grey High School who offered Siya a full scholarship that changed his life.

He adapted well to the posh private school, but it was on the rugby field where he excelled. Siya was rewarded with a call-up the SA schools team and a contract to join the Western Province rugby union.

Author Jeremy Daniel tracks Siya’s journey from running wild on the streets of Zwide, through some crucial games in high school, into the Western Province rugby set-up and his fight to become Springbok captain. He goes deep inside the systems that identify junior talent, the characters who shaped his journey and the moments where he showed who he really was. Siya never forgot where he came from, and ultimately adopted his mother’s other two children after she died when he was in high school.

His life has not been without controversy, and his marriage to a fiery young white woman was a lightning rod for racial politics. But he is a shining beacon of hope for South Africa, he is massively popular and there is a huge appetite from the public to know about his life and to support him as Springbok captain.

Jeremy Daniel is an author, screenwriter and musician. He has written extensively for children’s television and theatre, including as head writer for Takalani Sesame. He has also written a book, My Forever Friend. He is the author of the Road to Glory series of local sports biographies for younger readers, published by Jonathan Ball Publishers. Back in the day, he was the founding member and bass player for seminal Cape Town indie band, Fetish. He lives in Cape Town with his wife and daughters.