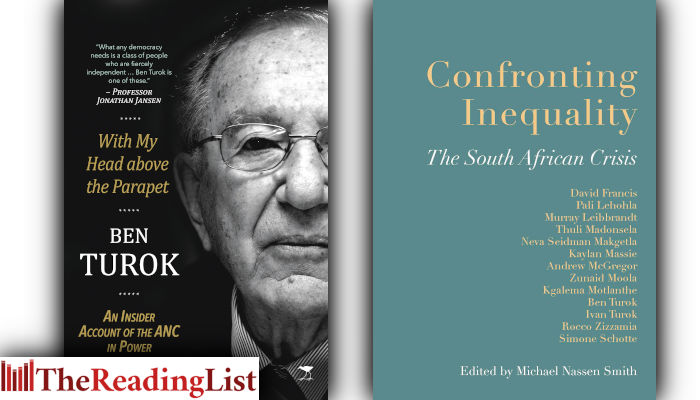 Hambe kahle, Ben Turok, stalwart and critic, gentleman and fighter, author and commentator of and on radical texts.

Ben Turok was a former anti-apartheid activist and veteran ANC MP. He played a key role in the writing of the Freedom Charter, in particular, its chapter dealing with economic equality.

In November 2011, he broke party ranks and did not vote for the controversial Protection of Information Bill, also known as the Secrecy Bill. As co-chairman of Parliament’s ethics committee, he enforced strict compliance among MPs with the asset disclosure policy and presided over two controversial cases – those of former communications minister Dina Pule and ANC MP Yolanda Botha, who faced charges of fraud and corruption.

With My Head above the Parapet is a record of Ben Turok’s experience as a participant in the political life of this country since 1994.

South Africa’s distorted distribution of wealth is one of the biggest challenges facing the country’s economy, with unemployment sitting at an unsustainable 27.7%. In terms of wealth, the top percentile households hold 70.9% while the bottom 60% holds a mere 7%. 76% of South Africans face an imminent threat of falling below the poverty line.

With such statistics, the inequality crisis in this country is at a desperate level and strategies to remedy this challenge seem shallow and lack urgency. In this context, the Institute for African Alternatives brought together a series of papers written by eminent South African academics and policymakers to serve as a catalyst to finally confront and resolve inequality.