Read an excerpt from The Enforcers, revealing a brazen plot to assassinate Nelson Mandela at his inauguration
More about the book! 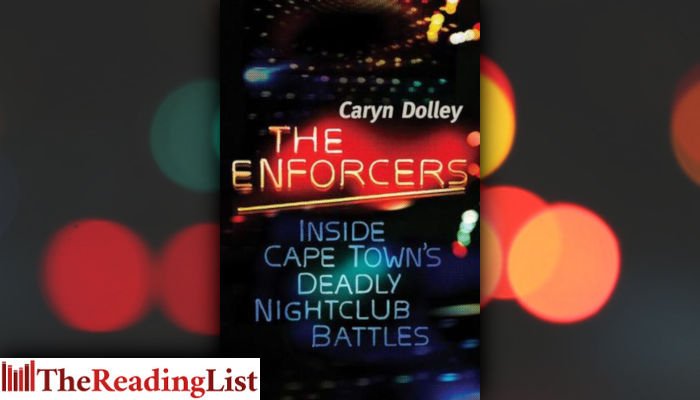 Jonathan Ball Publishers has shared an excerpt from The Enforcers: Inside Cape Town’s Deadly Nightclub Battles by Caryn Dolley.

The Enforcers will be launched at The Book Lounge on Thursday, 11 July 2019.

Here is the Cape Town underworld laid bare, explored through the characters who control the ‘protection’ industry – the bouncers and security at nightclubs and strip clubs.

At the centre of this turf war is Nafiz Modack, the latest kingpin to have seized control of the industry, a man often in court on various charges, including extortion.

Investigative journalist Caryn Dolley has followed Modack and his predecessors for six years as power has shifted in the nightclub security industry, and she focuses on how closely connected the criminal underworld is with the police services.

In this suspenseful page-turner of an investigation, she writes about the overlapping of the state with the underworld, the underworld with the ‘upperworld’, and how the associated violence is not confined to specific areas of Cape Town, but is happening inside hospitals, airports, clubs and restaurants and putting residents at risk.

A book that lays bare the myth that violence and gangsterism in Cape Town is confined to the ganglands of the Cape Flats – wherever you find yourself, you’re only a hair’s breadth away from the enforcers.

Heading an elite team of investigators who were looking into high profile individuals was no easy task for Andre Lincoln. In a 1996 letter to his bosses outlining the stumbling blocks he faced, he expressed ‘great concern’ about ‘the fact that it would seem as if there is a concerted effort by certain members to harass and sabotage the efforts of this investigation’.

Then, in 1997, Lincoln’s investigative team was dealt a severe blow when the Mail & Guardian ran an article saying that the Mandela-mandated unit was effectively a rogue unit which was under investigation on the instruction of George Fivaz. The details of the article mirror more recent claims of rogue units operating in South Africa’s police and revenue services – claims widely believed to have been concocted to protect high-flying politicians, including former president Jacob Zuma, involved in overwhelmingly suspected corruption.

‘[The article] clearly indicates that certain members of the South African Police Service [SAPS] with very devious intentions have passed on information to the press with the intention of discrediting the unit and its members. This newspaper report and the continuous radio reports over the weekend have blown a considerable part of our investigation as well as putting the lives of the unit members, our agents and sources in danger,’ Lincoln noted in a letter to Fivaz two days later. ‘One of this unit’s best sources was attacked … at a nightclub and while he was beaten up it was clearly told to him by his attackers that they now know what he and Director Lincoln are busy with … It is very clear that certain elements in the SAPS are becoming scared of the results of our investigation and that they are now trying to go all out to shut down this unit.’

But if Lincoln had been looking for support from Fivaz at that point, he was out of luck. The police commissioner wrote back saying that he felt Lincoln’s letter indicated ‘a total lack of respect’ and contained false accusations. ‘The style of the letter is furthermore arrogant, and I intend to direct that Departmental steps be taken against [Lincoln],’ Fivaz noted.

Lincoln nevertheless pushed ahead with his investigations, uncovering, for example, a police officer attached to the commercial crimes unit who was allegedly involved in counterfeiting and fraud; and, in a probe in conjunction with the American Secret Service, a racket in which counterfeit US dollars, matric certificates and university degrees were being printed in the police head office in Pretoria.

Much more shockingly, however, Lincoln said that his unit took over an investigation, which had previously been put on ice and which he believed had been covered up, into a brazen assassination plot of which Nelson Mandela was the target. The killing was meant to have been carried out at Mandela’s inauguration as South Africa’s first democratically elected president in 1994. Lincoln said the investigation into this was reopened against fierce resistance, and even though a handcrafted rifle suspected to have been the intended murder weapon was found under a policeman’s desk in Pretoria, the probe later again hit a dead end and amounted to nothing. If this is true, Nelson Mandela’s potential murderers have never been brought to account.

By 1998, as a result of the Lincoln investigations, and allegations that Cyril Beeka had tried to get Lincoln to see that a case against Palazzolo was dropped, there were warrants of arrest out for Beeka and Palazzolo. This put a strange spy-versus-spy spin on the situation: Lincoln, at that point an undercover state official in terms of nightclub-underworld investigations, was probing, among others, Beeka, a suspected intelligence operative.

Beeka, and whoever was backing him, had the upper hand, however, staying a step ahead of the reach of the law and never being convicted of the crimes of which he was accused in relation to club-security matters.

Lincoln, on the other hand, got entangled in legal troubles. His worries about sabotage relating to the probes he was conducting appeared not to be unfounded – his investigations collapsed because he was suspected of being corrupt and working with the very person he was meant to be investigating, Palazzolo, and this meant that fellow police officers investigated Lincoln and pushed for criminal charges to be instituted against him.

Lincoln believed that a former senior policeman, Leonard Knipe, who at the time was tasked with probing Mandela’s investigative unit and who said he had no personal agenda against Lincoln, was among the cops used to tarnish his (Lincoln’s) image because he was investigating high-ranking police officers.36 In effect, if Lincoln is to be believed, he was one of the first-ever victims of state capture in democratic South Africa.