Publication date at last for The Mirror and the Light, the final novel of Hilary Mantel’s Thomas Cromwell trilogy 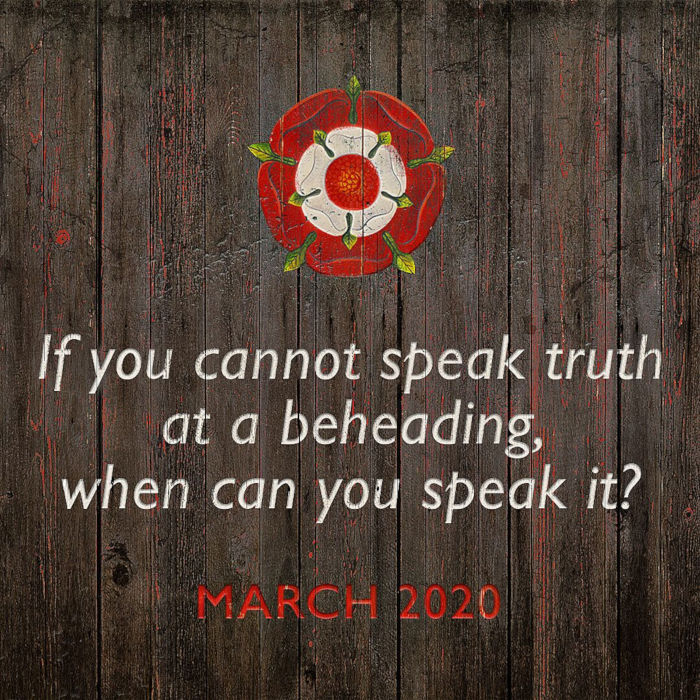 The Mirror and the Light, the final novel of Hilary Mantel’s Thomas Cromwell trilogy, will be released on 5 March 2020.

With The Mirror and the Light, Hilary Mantel brings to a triumphant close the trilogy she began with Wolf Hall and Bring Up The Bodies. She traces the final years of Thomas Cromwell, the boy from nowhere who climbs to the heights of power, offering a defining portrait of predator and prey, of a ferocious contest between present and past, between royal will and a common man’s vision:
of a modern nation making itself through conflict, passion and courage.

Hilary Mantel on The Mirror and the Light:

‘When I began work on my Thomas Cromwell books back in 2005, I had high hopes, but it took time to feel out the full scope of the material. I didn’t know at first I would write a trilogy, but gradually I realised the richness and fascination of this extraordinary life. Since then I have been on a long journey, with the good companionship of archivists, artists, booksellers, librarians, actors, producers, and – most importantly – millions of readers through the world. I hope they will stay with me as we walk the last miles of Cromwell’s life, ascending to unprecedented riches and honour and abruptly descending to the scaffold at Tower Hill. This book has been the greatest challenge of my writing life, and the most rewarding; I hope and trust my readers will find it has been worth the wait.’

‘When I first read the opening pages of Wolf Hall, I was drawn into history in a way I hadn’t experienced before. Hilary Mantel allows us to inhabit the past as it happens – we watch Cromwell and those in his orbit as their lives unfold, making decisions the consequences of which they cannot know. Readers around the world have relished this experience in the years since, both with that novel and its successor, Bring Up the Bodies. The Mirror & the Light is every bit as daring and thrilling as the novels which precede it. Completely immersive, as it charts the final years of Cromwell, it also casts a fresh light on the politics of power and the way we live now.’

‘It is hugely exciting to see Hilary’s masterwork, written over 14 years, brought to its triumphant conclusion. This is a great literary landmark.’

Wolf Hall has been translated into 36 languages, Bring Up The Bodies into 31 languages, and sales for both books have reached over 5 million worldwide.

Following on from the success of the BAFTA and Golden Globe winning television adaptation of Wolf Hall, Playground Entertainment is in active development with the BBC on the adaptation of The Mirror and the Light to be written by Peter Straughan and directed by Peter Kosminsky. The production team is standing by and eager to return.

Oxford Films has been commissioned by the BBC to make a film exploring the life and work of Hilary Mantel, to coincide with the publication of The Mirror and the Light. What connects the Wolf Hall trilogy with Robespierre, the friendship of teenage girls, Jeddah and the life of a giant? The film will uncover the many worlds of Hilary Mantel.

Hilary Mantel is the author of 14 books, including A Place of Greater Safety, Beyond Black, and the memoir Giving up the Ghost. In 2014 she was appointed DBE.