Out now! Crossroads – the highly anticipated new novel from Jonathan Franzen
More about the book! 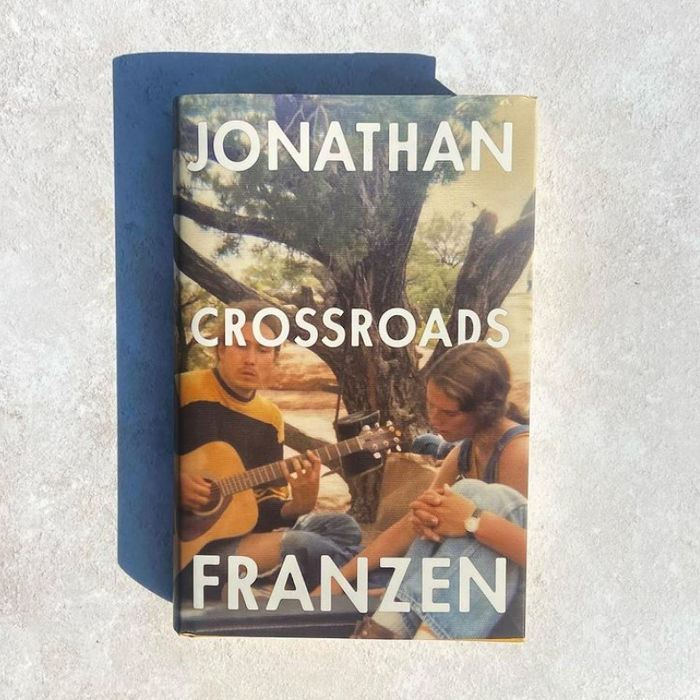 Crossroads, the new novel by Jonathan Franzen, is out now from Jonathan Ball Publishers.

Set in a historical moment of moral crisis, Crossroads is the stunning foundation of a sweeping investigation of human mythologies, as the Hildebrandt family navigate the political and social crosscurrents of the past fifty years.

‘His best novel yet … A Middlemarch-like triumph.’ – Telegraph

‘Crossroads is the spiritual successor to The Corrections … It is a testament to Franzen’s authorial habits of empathy, his curiosity about the lives of others, his efforts in a land of cliche to add twists to easy assumptions, that you are likely to find yourself caring about how things turn out for each of the Hildebrandts equally.’ – Observer

It’s December 23, 1971, and heavy weather is forecast for Chicago. Russ Hildebrandt, the associate pastor of a liberal suburban church, is on the brink of breaking free of a marriage he finds joyless – unless his wife, Marion, who has her own secret life, beats him to it. Their eldest child, Clem, is coming home from college on fire with moral absolutism, having taken an action that will shatter his father. Clem’s sister, Becky, long the social queen of her high-school class, has sharply veered into the counterculture, while their brilliant younger brother Perry, who’s been selling drugs to seventh-graders, has resolved to be a better person. Each of the Hildebrandts seeks a freedom that each of the others threatens to complicate.

Jonathan Franzen’s novels are celebrated for their unforgettably vivid characters and their keen-eyed take on the complexities of contemporary America. Now, for the first time, in Crossroads, Franzen explores the history of a generation. With characteristic humour and complexity, and with even greater warmth, he conjures a world that feels no less immediate.

A tour de force of interwoven perspectives and sustained suspense, Crossroads is the story of a Midwestern family at a historical moment of moral crisis. Jonathan Franzen’s gift for melding the small picture and the big picture has never been more dazzlingly evident.

‘A mellow, marzipan-hued ’70s-era heartbreaker. Crossroads is warmer than anything [Franzen has] yet written, wider in its human sympathies, weightier of image and intellect.’ – New York Times

Jonathan Franzen was born in 1959 and is the author of four novels – The Twenty-Seventh City (1988), Strong Motion (1992), The Corrections (2001), Freedom (2010), – a collection of essays, How to Be Alone (2002), a memoir, The Discomfort Zone (2006) and a translation of Spring Awakening, a play by Frank Wedekind (2007), and most recently, The Kraus Project, a translation and consideration of Karl Kraus’s essays. His honours include a Whiting Writers Award in 1988, a Guggenheim Fellowship in 1996, the American Academy’s Berlin Prize in 2000, and the National Book Award (for The Corrections) in 2001. He writes frequently for the New Yorker, and lives in New York City.