One of the year’s best thrillers from the new Queen of Crime – Force of Nature by Jane Harper
More about the book! 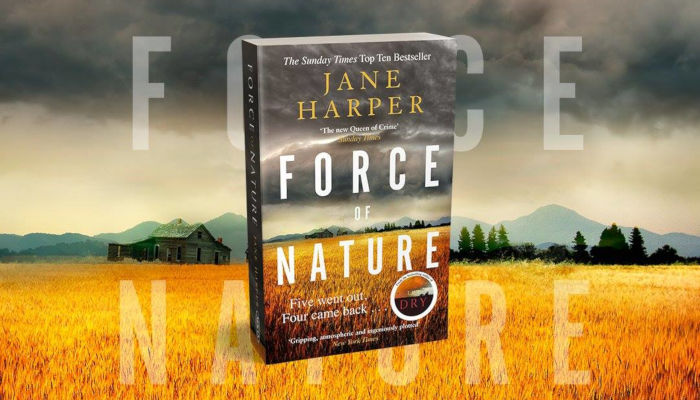 Five colleagues are forced to go on a corporate retreat in the wilderness, but one of the women doesn’t come out of the woods, and each of her companions tells a slightly different story about what happened.

Force of Nature is the gripping new novel from Jane Harper, author of international bestseller The Dry.

Five went out. Four came back …

Is Alice here? Did she make it? Is she safe? In the chaos, in the night, it was impossible to say which of the four had asked after Alice’s welfare. Later, when everything got worse, each would insist it had been them.

Five women reluctantly pick up their backpacks and start walking along the muddy track.

Only four come out the other side.

The hike through the rugged landscape is meant to take the office colleagues out of their air-conditioned comfort zone and teach resilience and team building. At least that is what the corporate retreat website advertises.

Federal Police Agent Aaron Falk has a particularly keen interest in the whereabouts of the missing bushwalker. Alice Russell is the whistleblower in his latest case – and Alice knew secrets. About the company she worked for and the people she worked with.

Far from the hike encouraging teamwork, the women tell Falk a tale of suspicion, violence and disintegrating trust. And as he delves into the disappearance, it seems some dangers may run far deeper than anyone knew.