Notes on Grief by Chimamanda Ngozi Adichie – a revealing examination of the layers of loss and the nature of grief
More about the book! 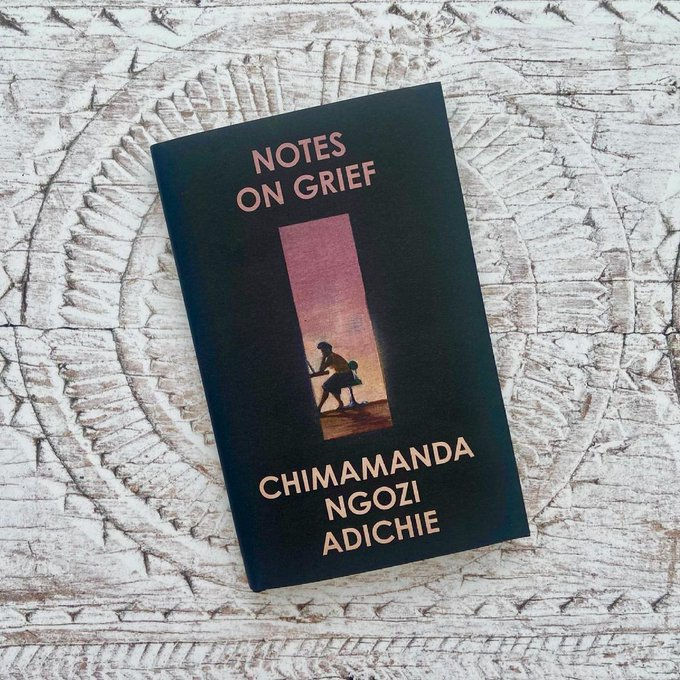 Notes on Grief – a devastating essay on loss and the people we love from Chimamanda Ngozi Adichie, the bestselling author of Americanah and Half of a Yellow Sun.

‘Grief is a cruel kind of education. You learn how ungentle mourning can be, how full of anger. You learn how glib condolences can feel. You learn how much grief is about language, the failure of language and the grasping for language.’

In this tender and powerful essay, expanded from the original New Yorker text, his daughter, a self-confessed daddy’s girl, remembers her beloved father.

Notes on Grief is at once a tribute to a long life of grace and wisdom, the story of a daughter’s fierce love for a parent, and a revealing examination of the layers of loss and the nature of grief.

Chimamanda Ngozi Adichie grew up in Nigeria. Her work has been translated into 30 languages and has appeared in numerous publications. She is the author of the novels Purple Hibiscus, which won the Commonwealth Writers’ Prize and the Hurston/Wright Legacy Award, and Half of a Yellow Sun, which won the Orange Prize and was a National Book Critics Circle Award Finalist, a New York Times Notable Book, and a People and Black Issues Book Review Best Book of the Year; and the story collection The Thing Around Your Neck, which was published to critical acclaim in 2009. Her latest novel Americanah, was published around the world in 2013, and has received numerous accolades, including winning the National Book Critics Circle Award for Fiction and The Chicago Tribune Heartland Prize for Fiction; and being named one of The New York Times Ten Best Books of the Year. A recipient of a MacArthur Foundation Fellowship, she divides her time between the United States and Nigeria.

Free mini workshop with Anthea Gardner, investment specialist and author of Make Your Money Work For You, in Cape Town (11 July)

‘See stress as the advantage’ – Listen to Richard Sutton, author of The Stress Code, talk about how to manage stress

‘Do you think you funny?’ How Yusuf Daniels got his big break in publishing (his book Living Coloured is now a bestseller)