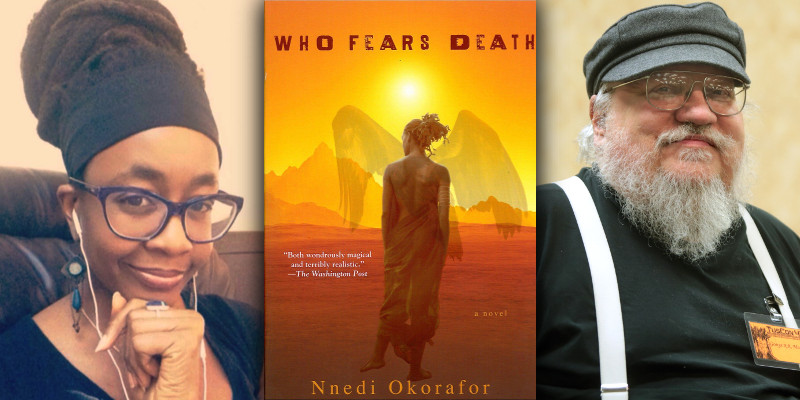 The author posted the news to her Facebook and Twitter pages, although according to Variety the deal is not officially closed.

In 2011, Okorafor received the World Fantasy Award for for Best Novel for Who Fears Death in 2011, becoming the first black person to win the award since its inception in 1975. The novel takes place in post-apocalytpic Sudan with a strong female protagonist, and engages with issues of genocide, race and sexual violence.

Who Fears Death was first optioned for film back in 2010, so as Okorafor says on Facebook: ‘This did not happen overnight.’

In a comment on her Facebook page, Okorafor allays fears that she will lose authority over her story, saying she will retain ‘a lot’ of control:

‘i am very involved. i also know george well (we met in 2014 and stayed in touch); he’s been a sort of mentor to me through all this. and all those involved know what this story is; onyesonwu is in good good hands.’

My novel WHO FEARS DEATH has been optioned by @HBO & is now in early development as a TV series with George RR Martin as executive producer. pic.twitter.com/POF7Dj2hWP