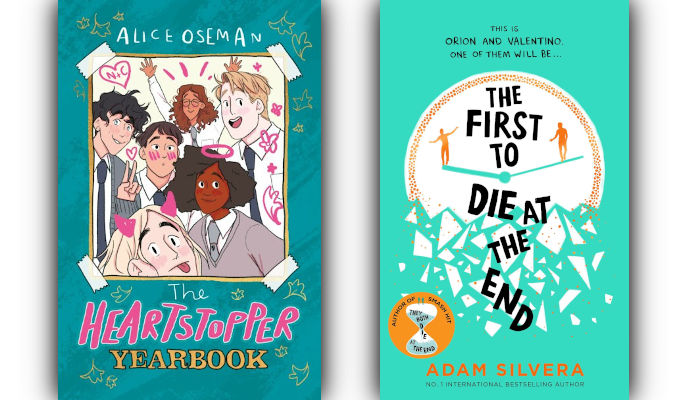 BookTok has taken the publishing world by storm and both Alice Oseman and Adam Silvera’s books have played a role in its success. Now both of them are back, enticing fans with new stories, familiar characters, and emotions to tug at your heartstrings.

The Heartstopper Yearbook by Alice Oseman

Boy meets boy. Boys become friends. Boys fall in love. This joyful trip into the LGBTQ+ world of Heartstopper is the perfect gift for anyone who loves the graphic novels or Netflix TV series – from Alice Oseman, bestselling author and winner of the YA Book Prize. Now in full colour for the first time!

The full-colour Heartstopper Yearbook is packed with exclusive content from the Heartstopper universe – including never-before seen illustrations, an exclusive mini-comic, a look back at Alice’s Heartstopper artwork over the years, character profiles, trivia, and insights into her creative process – all narrated by a cartoon version of Alice herself.

By the winner of the YA Book Prize, Heartstopper is about love, friendship and mental illness. It encompasses all the small stories of Nick and Charlie’s lives that together make up something larger, which speaks to all of us.

The First to Die at the End by Adam Silvera

It’s the night before Death-Cast goes live, and there’s one question on everyone’s mind: Can Death-Cast actually predict when someone will die, or is it just an elaborate hoax?

Orion Pagan has waited years for someone to tell him that he’s going to die. He has a serious heart condition, and he signed up for Death-Cast so he could know what’s coming. Valentino Prince is restarting his life in New York. He has a long and promising future ahead and he only registered for Death-Cast after his twin sister nearly died in a car accident.

Orion and Valentino cross paths in Times Square and immediately feel a deep connection. But when the first round of End Day calls goes out, their lives are changed forever – one of them receives a call, and the other doesn’t. Though neither boy is certain how the day will end, they know they want to spend it together … even if that means their goodbye will be heartbreaking.