New edition of Guy Butler’s Tales From The Old Karoo to celebrate the author’s centenary
More about the book! 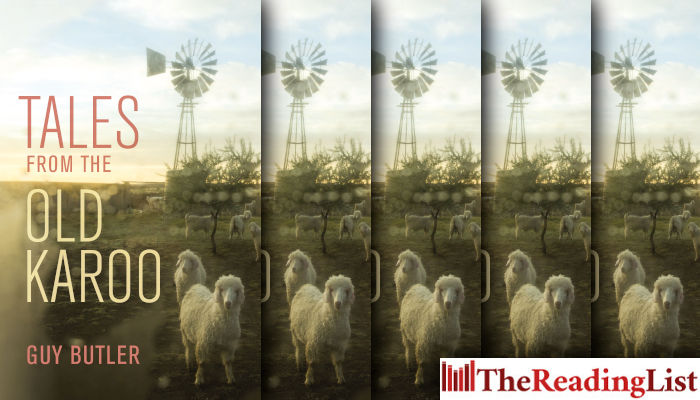 ‘Griet approached the house via the kitchen and poured the potion into a glass, put it on a tray, and brought it into the hall. She offered it to the doctor with her characteristic little Victorian curtsy. He smelled it – wonderful herbal scent. But what, he thought for a moment, if it’s poisonous?’

First published in 1989, Guy Butler’s Tales From the Old Karoo is considered to be one of the classics of South African literature. In celebration of the author’s birth in 1918, this centenary issue is newly packaged and designed to appeal to a modern audience.

The short stories in this collection are all set in the old Karoo – in a place and time before tarred roads, television and the internet replaced horse-drawn carriages, steam-engine trains and fireside storytelling.

In his characteristically dry, humorous style, Guy Butler captures the essence of the people and landscape of the Karoo. It is a collection of delightful yarns and reminiscences about real ghosts, imaginary people, stubborn farm animals, and events that never happened – stories so strange they can only be true.

He was appointed Head of the English Department at Rhodes University where he also helped to establish the Speech and Drama and Journalism Departments. Influential in developing South African English Literature as a recognised discipline, he synthesised European and African elements in his literary style. During his lifetime he produced various plays, collections of poetry and creative writing, apart from his academic lectures and essays. Butler died in 2001.

The Goodbye Man by Jeffery Deaver: Say goodbye to your problems, your freedom and your life

[Watch] ‘I was fascinated by the issue of farm murders’ – Max Annas talks about his explosive new novel, The Farm