New book by Nthikeng Mohlele announced! (PLUS new edition of Small Things)
More about the book! 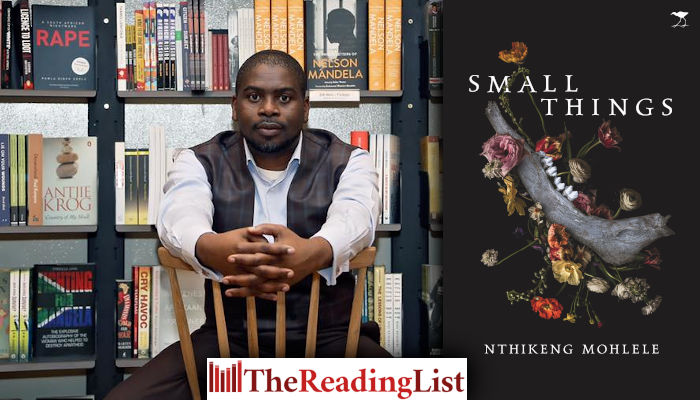 A new book of short stories by Nthikeng Mohlele will be published by Jacana Media in October 2021!

The deal was signed with The African Literary Agency.

The collection, titled The Discovery of Love, explores and heightens one of the dominant themes in Mohlele’s literary oeuvre, that of love.

In this collection love is reflected upon in expansive and unexpected dimensions. It becomes the backdrop against which Mohlele delves into the intricacies of human agency with profound and often unexpected effects.

These stories dazzle; they are wide-ranging in scope, yet particular in their authorial intent.

Jacana has also published a new edition of Mohlele’s acclaimed novel Small Things in May as part of its Africa Month Festival.

Nthikeng Mohlele was partly raised in Limpopo and Tembisa Township, and attended Wits University, where he obtained a Bachelor of Arts in Dramatic Art, Publishing Studies and African Literature. He is the author of six critically acclaimed novels: The Scent of Bliss (2008), Small Things (2013), Rusty Bell (2014), Pleasure (2016), Michael K (2018) and Illumination (2019).