New book alert! The World According to Roger Ballen – a unique overview of one of the most distinctive art photographers practising today
More about the book! 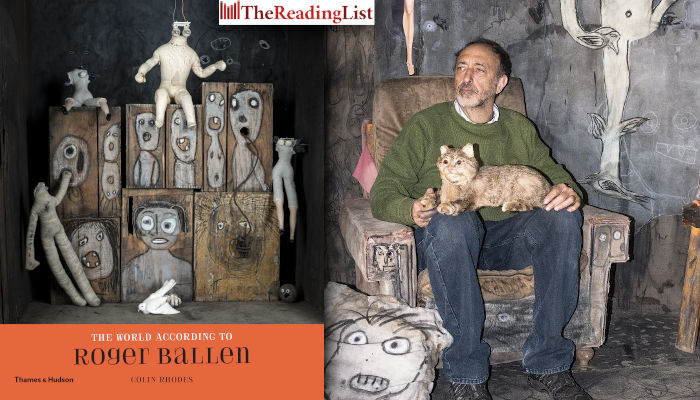 The World According to Roger Ballen, co-authored with Colin Rhodes, looks at Ballen’s career in the wider cultural context beyond photography, including his connections with and collections of Art Brut.

Throughout his career, Roger Ballen has pursued a singular artistic goal: to give expression to the human psyche – to explore, visually, the hidden forces that shape who we are.

This retrospective monograph, published in association with a major exhibition at the Halle Saint-Pierre, Paris, provides a unique overview of the life and work of one of the most distinctive art photographers practising today.

The World According to Roger Ballen features photographs selected from across Ballen’s career, along with installations created exclusively for the exhibition at Halle Saint-Pierre and photographs of objects and works from Ballen’s own collection of Art Brut.

Organised thematically, with texts by Rhodes and an introduction and interview with Ballen by Martine Lusardy (the Director of the Halle Saint-Pierre), The World According to Roger Ballen is both an accompanying publication to the first, major exhibition of Ballen’s work in France and an exploration of Ballen’s positioning within and connections to the wider context of modern and contemporary art.

Roger Ballen is one of the most important and distinctive art photographers working today. His previous books with Thames & Hudson include Asylum of the Birds, The Theatre of Apparitions and Ballenesque.

Colin Rhodes is an art historian, curator and educator. His previous books include Outsider Art and Primitivism, both published by Thames & Hudson in the ‘World of Art’ series.

How Converse All Stars have been appropriated by white people: Read an excerpt from Sorry, Not Sorry by Haji Mohamed Dawjee

Read an extract from Jonathan Kaplan’s book Winging It, detailing the emotional process he went through using surrogacy to become a dad