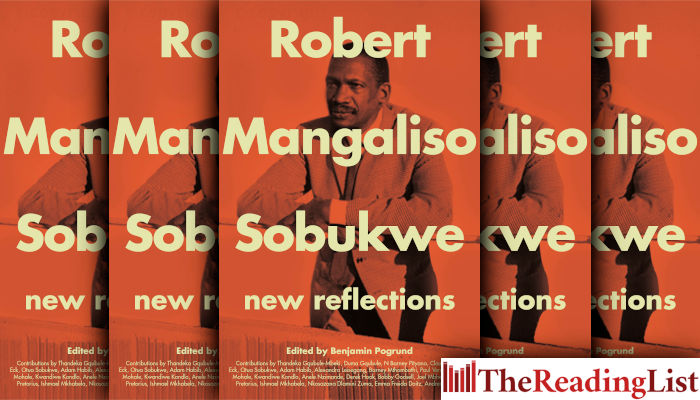 Robert Mangaliso Sobukwe: New Reflections, commissioned and edited by Sobukwe’s biographer and friend Benjamin Pogrund, is out in October from Jonathan Ball Publishers.

Robert Mangaliso Sobukwe brings together a fresh and diverse range of contributors to reconsider the life, ideas and legacy of Robert Sobukwe – teacher, thinker, Africanist and founder of the Pan Africanist Congress (PAC).

The book will be launched in Joburg and Cape Town:

For leading the anti-pass campaign of 1960, Sobukwe was jailed for many years by the apartheid government, including solitary confinement on Robben Island, and then banished to Kimberley.

Today, there are few memorials to Sobukwe, and while his followers venerate him, he has largely been written out of the history of the liberation struggle. Yet his ideas and example have enduring resonance in contemporary South Africa.

Sobukwe’s pan-Africanism was an inspiring contribution to the development of Black Consciousness, which continues to energise new generations of young people. From his stances on the land question and racism to his love of gardening and knowledge of literature, as devoted family man and principled political leader, Sobukwe is revealed at every turn to be profound, erudite, compassionate and concerned with the betterment of all who identify with the advancement of Africa and Africans.

Edited by Benjamin Pogrund, friend and biographer of Sobukwe and recipient of the Order of Ikhamanga Silver in 2019, the book presents the insights and reflections of political figures, journalists, business leaders, academics, friends, family members and individuals touched by Sobukwe’s life and work. Wide-ranging and thought-provoking, it makes clear how his example can help to guide us in these fractious times.

Contributors to Robert Mangaliso Sobukwe include:

Benjamin Pogrund worked at the Rand Daily Mail from 1958 where he became deputy-editor. He was a reporter at the Sharpeville massacre on 21 March 1960. Later he worked for a number of international newspapers. He has authored books on Robert Sobukwe, Nelson Mandela and the South African press under apartheid. In March 2019 he was awarded the Order of Ikhamanga by the President for his contribution to journalism and scholarship.