New book alert! Rahul Raina’s How to Kidnap the Rich – a wild ride told by a mesmerising new talent with an electric voice
More about the book! 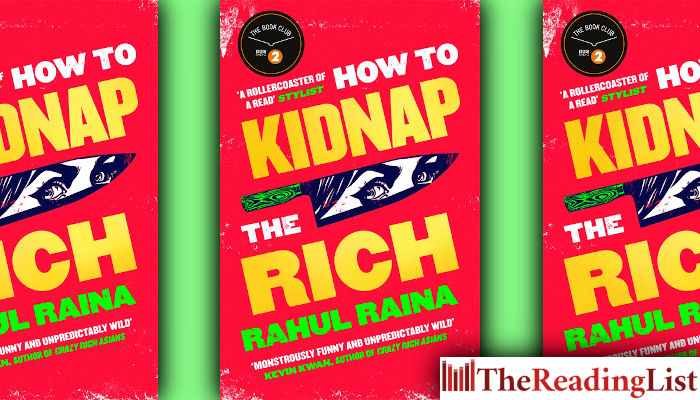 How to Kidnap the Rich by Rahul Raina is out now from Jonathan Ball Publishers.

‘It is his depiction of bustling, hustling Delhi and its grafting populace that makes this tightly written, fast-paced, often sharply savage societal satire such a rollicking read.’ – Sunday Times

‘Fans of My Sister the Serial Killer, Parasite and Crazy Rich Asians will be enthralled by this riotous tale.’ – Cosmopolitan

‘A satire, a love story and a thriller, How to Kidnap the Rich is a rollercoaster of a read.’ – Stylist

Ramesh has a simple formula for fame and success: find a wealthy kid, make him a star and create an elaborate scheme to extort money from his parents, what could go wrong?

As a self-styled ‘examinations consultant’, Ramesh is the cog in the wheel that keeps India’s middle classes thriving. When he takes an exam for Rudi – an intolerably lazy but rich teenager – he accidently scores the highest mark in the country and propels Rudi into stardom.

And after that?
Kidnap. Double-kidnap. Reverse kidnap.

In a studio filled with hot lights, with millions of eyes on the boys, and a government investigator circling, the entire country begins to question: who are they?

Rahul Raina divides his time between Oxford and Delhi. He runs his own consultancy in England for part of the year, and works for charities for street children and teaches English in India in the down season.