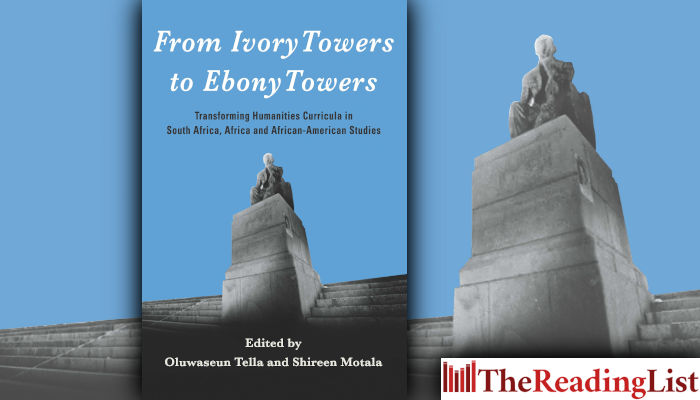 From Ivory Towers to Ebony Towers: Transforming Humanities Curricula in South Africa, Africa and African-American Studies by Tella Oluwaseun and Shireen Motala is out from Jacana Media in March 2020.

This timely, hard-hitting collection presents the current position in respect of curriculum transformation.

Despite two-and-a-half decades of black majority rule after 1994, much of South African higher education in the area of humanities continues to embrace European models and paradigms. This is despite concepts such as Africanisation, indigenisation and decolonisation of the curriculum having become buzzwords, especially after the #MustFall campaigns, student-led protests from 2015.

The end of colonialism in Africa from the 1950s marked the most important era in curriculum transformation efforts in African higher education, evident in the rise of leading decolonial schools: the Ibadan School of History, the Dar es Salaam School of Political Economy and the Dakar School of Culture. These centres used rigorous research methods such as nationalist historiography and oral sources to challenge Eurocentric epistemologies.

African-American studies emerged in the US from the 1920s to debunk notions of white superiority and challenge racist ideas and structures in international relations. The two important schools of this scholarship were the Atlanta School of Sociology and the Howard School of International Affairs.

Don’t miss the Eastern Cape launch of Khaya Dlanga’s new book, These Things Really Do Happen to Me