Masande Ntshanga chats about his relationship with language and his novel The Reactive
More about the book! 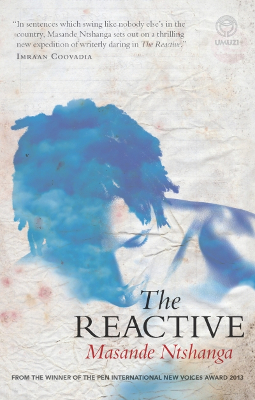 The Reactive is a poignant, life-affirming story about secrets, memory, chemical abuse and family, and the redemption that comes from facing what haunts us most.

Author Imraan Coovadia said of the novel: ‘In sentences which swing like nobody else’s in the country, Masande Ntshanga sets out on a thrilling new expedition of writerly daring in The Reactive.’

Ntshanga says he was ‘quite pleased’ to receive that endorsement, adding that use of language in the book was ‘something I worked really hard at’.

‘I’ve always had a relationship with language in which I was very aware of its affects,’ he says, ‘and the last things that I wanted to do in this book was allow it to fall into cliché, in such a way that if I was using received language it would distract the reader and not make the experience as immersive as I wanted it to be.

‘So I had to be very careful about how I used the language in the book and also be very deliberate in creating Lindanathi the main character’s voice.’