‘Mark Fish tested my patience – and my sanity’ – read an excerpt from Coach: The Life and Soccer Times of Clive Barker 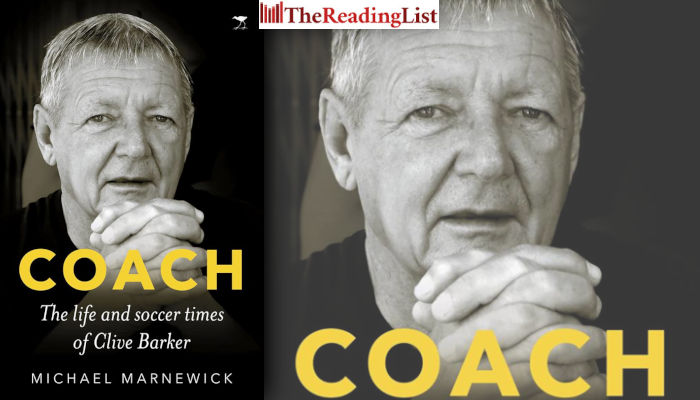 Jacana Media has shared an extract from Coach: The Life and Soccer Times of Clive Barker.

3 February 1996. FNB Stadium, Soweto. South Africa vs Tunisia. It is the final of the CAF Africa Cup of Nations … the crowd goes wild as the star striker scores his second goal. A man on the sideline takes to the field as if he’s an aeroplane in flight. Arms stretched out to the sides with his head and shoulders hunched forward, Clive Barker propels himself into his signature ‘Flying Man’, and expressions of excitement and joy follow as he flies across the field, whipping the 80,000 fans into a further frenzy.

Barker’s trademark flight of victory is what football fans associate with Clive Barker. Now author Michael Marnewick has written a book that offers a glimpse into the life of this extraordinary South African, detailing everything from his pre-coaching days and how he avoided bankruptcy by driving taxis, to his early coaching jobs and making it into the professional ranks and ultimately to the position of national soccer coach.

The book is not only an in-depth look at Clive Barker the coach, but also gives insight into Clive Barker the man, the husband, the father and the patriot, who helped shape legends in South African football by working with and coaching talent in townships. Truly, like his hero Nelson Mandela, a man of the people.

Coach is an important record of South Africa’s football history, capturing the social and political upheaval in the country during the dark days of apartheid and leading into South Africa’s golden period of international football when Barker, as the country’s most successful and longest running national coach, led the team to their only African Cup of Nations success in 1996, before qualification for the 1998 Soccer World Cup.

Then, of course, there was Mark Fish – the lovable rogue. Mark tested my patience – and my sanity – but he was a true character and contributed enormously to the Bafana Bafana team, not only on the field.

Early in my tenure as national coach, we embarked on a two-match series of friendlies against Australia. On the Sunday night after the second game (we lost both, 1–0), I was walking in King’s Cross, which was a really rough area, and I saw a familiar figure standing on the central island, directing traffic. It was Mark Fish. I knew he could only get into trouble and dragged him to safety.

Mark was an orangutan, but he never caused any ugliness. He was the guy who always stretched the limits, but he knew when to back off, when he was pushing the boundaries too far. He was wise enough to know that.

He was a super player and fantastic person; I really loved him.

The first time I met Mark he was in hospital, recovering from a car accident, all trussed up. It was clear from the beginning that something was always going to happen around him.

Mark certainly did a few things wrong, but that is what his personality is all about. He was great for the team, even if he tested the boundaries at times. In fact, he didn’t just overstep the mark, but leaped through the door, never hiding his immense presence.

Mark Fish does not deny it.

‘When we played Holland in the Nelson Mandela Cup and Clive selected a B team, because on the Saturday was the World Cup qualifier against Zambia, I was one of three players who decided that we would go out and have some fun, not forgetting there was the qualifying match coming up.

When I woke the next morning, I wasn’t in the hotel room, like I should have been,’ he recounts.

‘I called Glyn Binkin, the team manager at the time, and asked him to tell Clive that I’d go to the gym, I would do anything as penance for missing the training session, and he told me to just make sure I got back to the hotel. As I did, the team bus arrived back from practice and I stood there sheepishly, my tail between my legs, knowing I had really messed up this time.’

It had taken me 40 minutes to realise Mark wasn’t even at the training session. It must have felt like a dagger to the heart for him to find that out. As the players left the bus and walked past him, they were all laughing and I instructed him to meet me in my room. The look on his face showed that he thought he was in real trouble, and that I’d probably send him home.

‘I had no excuse … I was ready to accept any punishment that Clive would deal out,’ says Mark.

‘So I went up to his room, knocked and entered. He told me to sit down, looked me in the eye and asked me if I had a good time. I said yes, and he replied, “Make sure you don’t do it again.” And that was it. He knew how to handle each individual and each situation.’

Mark Fish was a larger-than-life character who always seemed to be in the thick of the excitement. When our physio Dave Becker suggested we bring some Wits physio students in to do some of their training with us and give us massages after the first game of the AFCON, I thought it a great idea.

Mark was single at the time so, in retrospect, it probably wasn’t such an inspired suggestion to let him loose on these lovely ladies.

Mark got his massage and the next thing the young physio arrives, draped on his arm, at an SA Breweries function during the tournament.

‘Things happen – as they do – and within the space of a week, she’s in love with me,’ Mark recounts.

After winning the final we landed up at the Randburg Waterfront, everyone in high spirits – both emotionally and of the alcoholic kind – and while we were all celebrating winning the Africa Cup of Nations, I ended up consoling Mark’s partner, knowing that this wasn’t going to be the love affair of the century.